BY HRAYR ATTARIAN
November 13, 2015
Sign in to view read count 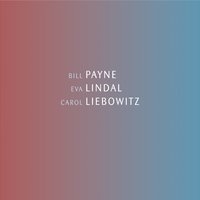 Clarinetist Bill Payne is a bold but sensitive improviser from the pianist Lennie Tristano's school of musical thought. Violinist Eva Lindal has a solid footing in the Avant-Garde western classical tradition. Carol Liebowitz is an urbane and dramatic pianist who creates unique blends of jazz and free improvisation. All three have long associations with pianist Connie Crothers, herself a Tirstano disciple.

On their eponymous release Payne/Lindal/Liebowitz they let loose a host of provocative and intriguing ideas with transforming moods and shifting harmonic colors. Although there are eleven distinct tracks on the album the concepts seamlessly flow from one to the other giving the record its unique cohesive structure.

The cinematic "It Happened This Way" for example is a pensive three-way stream of consciousness conversation that is delightfully abstract with crisp phraseology. Its pensive mood spills over to the haunting "Unspoken." The extemporizations become sparser and weave in silent pauses. Payne's darkly hued woodwind contributes a mystical touch while Liebowitz and her resonant cascade of keys and Lindal's manipulated strings add an angular edge.

The entire music is spontaneously created during the session exhibiting a remarkable camaraderie among the members of the trio. Their stimulating exchanges range from the delightfully dissonant as on "B/E" to the lilting and, surprisingly, lyrical as on "Glissade." On the former the passionate ad lib duet between Payne and Lindal climaxes into a unified and fiery melody filled with lithe acrobatics. On the latter Liebowitz and Payne exchange poetic phrases with a strong western classical influence. Liebowitz peppers Payne's heady, mordant lines with atonal clusters of notes adding to the thrillingly tense ambience.

The first half of the intriguing "Preludes" showcases the individual musicians alone in the spotlight. Lindal opens with a wailing, eerie but emotive solo. Payne follows with an intricate and evocative monologue and Liebowitz enters with a series of percussive chords that brim with ardent energy and hypnotic beauty. The soliloquies merge forming a sublime crystalline sonic structure of shimmering hues.

Similarly the intense and gripping "What We Are Saying" is built like a mosaic from melodic fragments that each one of the performers contributes. Wordless vocals articulating a range of emotions accompany Lindal's mesmerizing con arco drone. Payne, meanwhile, coaxes eloquent and wistful poetry out of his clarinet. Liebowitz's vibrant and sonorous pianism enhances the expectant and vivid atmosphere. A melancholic collective performance brings the piece to a solemn conclusion.

This provocative and challenging album defies narrow genreism and may not appeal to the casual listener. Those with open minds and receptive ears, however, will find much to savor in the high caliber musicianship and intelligent, electrifying artistry that define the disc.