By DOUG COLLETTE
October 16, 2016
Sign in to view read count
Paul Kelly is one of our most brilliant songwriters in large part because he is so courageous in taking an unconventional approach to his creative endeavors. In the last few years alone, since his last recording of original material under his own name, Spring And Fall (Dramatico, 2012) he's undertaken a tour in which he's performed his entire discography in chronological order, overseen and participated in homage to r&b in the form of The Merri Soul Sessions (Cooking Vinyl, 2014) and, in this year alone, released two wildly divergent projects: Seven Sonnets and a Song finds the Australian interpreting the works of Shakespeare in a musical setting and Death's Dateless Night is a collaboration with multi-instrumentalist and kindred spirit Charlie Owen in which the two directly address mortality in no uncertain terms, using songs as filters to alternately sharpen the confrontation(s) and cushion the blow(s). 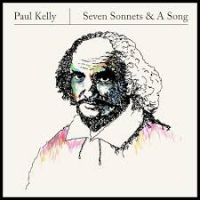 Only a truly great songwriter knows (intuitively) that great poetry contains its own intrinsic musicality, so in a sense, Seven Sonnets & A Song is almost an inevitable entry in Paul Kelly's discography, though its conception and execution—in a remarkably quick turnaround considering sessions for the album were conducted as late as December of 2015 with release in summer of 2016—begs the question why no one's done this before. But then, it's Kelly's loyalty to his muse and confidence in his inspiration that turns "Sonnet 138" into something of a torch song and "Sonnet 18" into a quasi-bluegrass cum Celtic reel. And for those who never thought you could sing along to Shakespeare, please be advised the latter is just that infectious, as much so as "My True Love Hath My Heart" is the definition of quiet, bittersweet yearning. A corollary pleasure to hearing Seven Sonnets & A Song is contemplating what the participating musicians sensed in these sessions, not only in playing along to the words of the great Bard, but hearing Vika Bull sing to naturally and tunefully on the aforementioned latter number, while Kelly vocalizes equally mellifluously everywhere else here. That this woefully short album ends on the logical but no less startling note of "Oh Mistress Mine" belies the depth of thought and emotion the record contains. 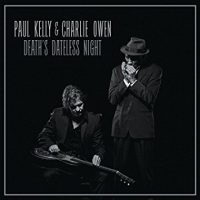 Paul Kelly's supreme powers of discernment may make this collaborative effort in addressing mortality as inevitable as his Shakespearean work, but it doesn't make it any less moving. Or enlightening for that matter: as Kelly so sagely notes of the theme of this collection -songs requested at funerals-:"They're not always sad, of course" Or at least superficially so: "Hard Times" sounds doleful until you follow the melody, rendered here on piano, or closely hear the words that speak of a deliverance that could not be more profound. This album contains traditional songs such as "Pallet on the Floor" residing next to three originals of Kelly's as well as the eclectic likes of Leonard Cohen ("Bird on the Wire"), Hank Williams ("Angel of Death") and John Lennon/Paul McCartney ("Let It Be") and throughout it all. there's a readily-discernible devotion to the life force. In fact, that sensation on "To Live Is to Fly," as abiding as the acceptance of passing from this mortal coil permeating "Meet Me in the Middle of the Air.." Hearing country blues juxtaposed with parlor songs might well mystify a listener hearing this record cold, without knowledge of its underlying theme or introduction otherwise, which is only further testament to the innate strength of Death's Dateless Night. Kelly, Owen and their recording/production team caught this moment of inspiration right at its peak, recording for a week in February 2016 with a release in the fall of same year..

Tracks: Hard Times; To Live Is To Fly; Pretty Bird Tree; Pallet On Your Floor; Nukkanya; Parting Glass; Meet Me In The Middle Of The Air; Don't Fence Me In; Bird On The Wire; Good Things; Let It Be; Angel of Death.