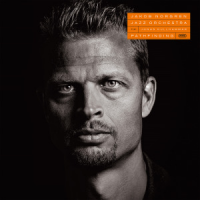 Although he has been a fixture on the Swedish jazz scene for some years now, Jakob Norgren is more closely associated with soul, blues, funk and R&B than with contemporary big-band jazz. That perception may change with the release of Pathfinding, the debut recording by Norgren's impressive Jazz Orchestra, on which he proves to be a topnotch composer / arranger in a straight-ahead vein. And if the relatively youthful JNJO isn't the most proficient big band Sweden has to offer, it has to be near the top rung of that ladder.

Norgren actually wears at least two hats, doubling as an educator and musician. He has taught psychology, social studies and music, and currently serves as a research assistant in cognitive neuroscience at Karolinska Institute. All this in addition to leading several bands and managing his own record label. Little wonder he looks so serious on the album's jacket. Norgren is earnest about the music too, a measure of which includes his choice of Jonas Kullhammar, one of the country's foremost tenor saxophonists, as the orchestra's principal soloist. An astute decision? Listen to Kullhammar's eloquent statements on five of the album's half-dozen numbers and decide for yourself.

Besides lending depth to the reed section with his sonorous baritone sax, Norgren composed and arranged every number, starting with the good-natured title song and proceeding through "Some Kind of Dancing," "Serendipity," "Parade" and "Secret Walks," Parts 1 and 2. Kullhammar is front and center on every one save the waltz-like "Dancing," whose charming soloists are flugel Jonne Bentlov and bassist Lars Ekman. Trombonist Mats Aleklint enhances the warmth on "Pathfinding" and "Parade," pianist Mathias Lundquist and alto Peter Friedman on "Serendipity," clarinetist Kai Sundquist on "Parade," trumpeter Oscar Lindblom on "Secret Walks," Part 2. To further bedizen his already engaging melodies, Norgren employs a bassoon on "Dancing," a contra alto clarinet on "Serendipity."

"Parade," the closest thing to funk on the album, encompasses a clamorous "conversation" between Aleklint and Kullhammar before Sundquist introduces a more calming voice with his lyrical clarinet. Kullhammar is for the most part laid-back on the even-tempered "Secret Walks," Part 1, more assertive on the brassy Part 2. The JNJO is admirable throughout, with special plaudits for the attentive rhythm section: Lundquist, Ekman and drummer Isak Andersson. For someone who is relatively new at the game, Norgren (and his teammates) earn high marks for Pathfinding, which one hopes may be the first of many recordings by this superb ensemble.