From Africa With Fury: Rise

It is, almost, too good to be true. With his second album, the aptly titled From Africa With Fury: Rise, co-produced with Brian Eno, Seun Kuti delivers on the promise of his debut, Many Things (Tot Ou Tard, 2008), which inhabited Fela's Afrobeat so resoundingly, and steps forward, his own man.

That alone is a blast, of course. But Rise adds fresh twists and turns to the music, including newly spacious sound design, ramped up bass guitar ostinatos and other echoes of funk, dub and ambient.

The album's gestation took around 18 months. Seun and Egypt 80 played the material live for a year, honing the song structures and arrangements, before recording it, in Rio de Janiero, with veteran dub and reggae producer Godwin Logie. "Afrobeat has to go from the stage to studio, not studio to stage," says Seun. "You create music in the world, outside, in the environment. You go to the studio to record, that's it. Music created in the studio is commercial music, music that only wants to sell, that has nothing to do with the world." 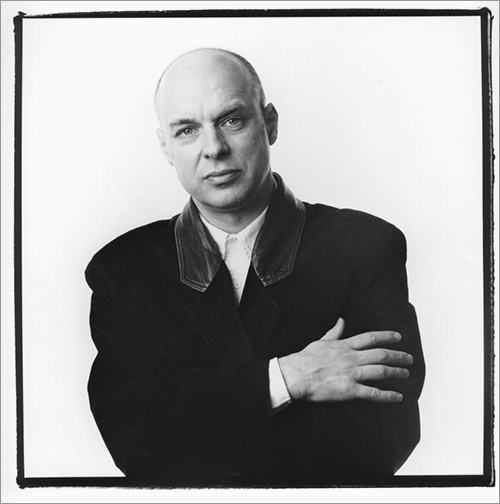 It's an old school approach, and it works; Fela operated the same way (and having finally recorded a song, never played it live again). But Rise's susequent sound sculpting process produced remarkable results. The Rio tracks were mixed in London by Seun, Brian Eno and John Reynolds (U2, Natachca Atlas). Seun gives much of the credit for the finished album to Eno, a bold choice of collaborator. Though his work on David Byrne's My Life In The Bush Of Ghosts (Sire, 1981) pioneered the use of world music, Eno's involvement with African styles has been tangential. But he presented Seun and Egypt 80 at Sydney's Luminous Festival in 2009, and at the UK's Brighton Festival in 2010, and calls their music "the biggest, wildest, livest music on the planet." He's done that music proud. Seun talked about Eno's contribution to the album in Part 18 of Afrobeat Diaries.

Production aesthetics apart, Rise differs from Fela's blueprint most obviously in track playing times, which are shorter, averaging six and half minutes, requiring concise rather than extended instrumental solos. And Seun's delivery is, in a different sense, also compressed. He sings about the same subject matter as his father—government corruption and incompetence; state-sponsored violence and other abuses of power; the impoverishment of the majority of Africa's citizens; the malign influence of multi-national companies—for all these things continue to blight the continent. But Seun's delivery is more consistently intense than that of Fela, who, even at his most coruscating, might inject a note of sardonic, hipster cool. Decades on, with much of Africa in at least as bad a state as it was in Fela's day, Seun's urgency and anger are understandable.

The lyrics are evisceratingly direct; well crafted and with Seun beginning to evince more of the rhetorical gifts of his father. "Mr Big Thief" observes how Nigeria's ruling kleptocracy is protected by a corrupt police force and a malleable judiciary, just like any other major crime family; while "You Can Run" warns the guilty that justice will find them one day. "For Dem Eye" relates how Africans have been stripped of self-respect by the venal, often thuggish, behavior of their rulers; a class no different from the "Slave Masters" of an earlier age. "African Soldier" is about "retired" military autocrats who continue to control events from behind the cloak of civilian government. "Rise," the steadiest track on an otherwise scorchingly paced disc , is a call for revolution as explicit as any written by Fela.

A final seal of authenticity is given by Ghariokwu Lemi's cover artwork. Lemi designed many of Fela's most memorable album sleeves, and his work has become even richer, and more nuanced, over the years. There are actually two versions of the front cover design. That to be used on the US CD—due for release on Knitting Factory Records in June, 2011 (and pictured here)—will show a cannabis symbol on Seun's jacket. To comply with French law, the European cover has replaced that symbol with the words "good leaf." Both releases, however, close with the track "The Good Leaf," in which Seun extols the benefits of weed and demands its legalization.

Like father, like son. It is, indeed, almost too good to be true. From Africa With Fury: Rise is a blinder.

Postscript: Lekan Animashaun, The New Champion. Baritone saxophonist Harry Carney famously played in pianist and composer Duke Ellington's orchestra for 45 years, and, until 2011, Carney held the record for length of unbroken service in one band. Moving the goalposts slightly, to count bands led by Fela and Seun as a single entity, gives us a new record holder, and, coincidentally, he's another baritone saxophonist. Lekan Animashaun has been part of the Kuti family's music for 46 years. He joined Fela's Koola Lobitos in 1965, stayed with him through the formation and eventual breakup of Afrika 70 and the founding of Egypt 80, and continues to be Egypt 80's bandleader in 2011, as he approaches his 71st birthday. He was featured on alto saxophone on Many Things and is heard on keyboards on From Africa With Fury: Rise. Afrobeat, thanks in part to its roots in Yoruba culture, values the wisdom which comes with age.