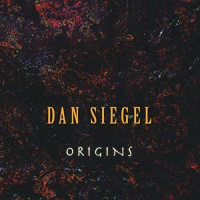 Keyboard ace Dan Siegel's music has "contemporary chic" written all over it. Having worked a smooth seam for decades and crafted a fair amount of music for television and film, he knows a thing or two about putting together a tight arrangement, pulling from different stylistic sources, contracting the right players for a job, and producing a record with nary a rough edge to be seen. All of that knowledge and all of those skills were put to good use in the act of creating Origins.

With a band of L.A. session greats in tow, Siegel delivers ten polished numbers tied to different ideals within a similar sound and mood scheme. On "Rite Of Passage" he establishes the dynamic of this project, exploring a form of cool-headed funk that shifts to double-time in its final act; with "After All" Siegel stares at the stars in the night sky, inviting Andalusian allure into his glossy designs through the presence of wordless vocals and acoustic guitar; in "Arabesque" he manages to miraculously turn wistfulness into a tool of seduction; and during the album-closing title track he injects a series of bluesy elements into the mix.

The musicianship across these ten tracks is top notch—uber drummer Vinnie Colaiuta, percussion great Lenny Castro, bassist/co-producer Brian Bromberg, and the rest are essentially beyond reproach in that respect—but the band does occasionally get a tad too comfortable working in subdued realms. With thoroughbreds like these on the date, it would have been nice to see how they run together. But far better to appreciate what is here than lament what might have been. It's true that Siegel's vision plays to even-keeled thoughts instead of excitability, but it plays that line to perfection.

Rite Of Passage; When One Door Closes; After All; Lost And Found; Arabesque; Moon And Stars; Strange Sky; Under The Sun; Crossing; Origins.