By Gareth Thompson
April 21, 2018
Sign in to view read count 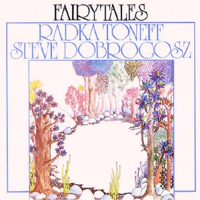 Norway's best-selling jazz album ever is also a recording laced with tragedy. Only weeks after its 1982 release, singer Radka Toneff was found dead in the Bygdøy woods, near Oslo. She was aged thirty. The verdict was suicide caused by an overdose of sleeping pills.

Toneff was born in 1952 and by her mid-twenties had earned acclaim with her own jazz quartet. But it was Toneff's ad hoc duets with the band's pianist Steve Dobrogosz that inspired Fairytales. Recorded over two nights at the Grieg Hall in Bergen, the album has since achieved a certain folklore befitting its title.

This new edition from Odin Records (founded by the Norwegian Jazz Federation) has been produced using MQA technology. The original takes were captured on digital reel to reel, but later analysis suggested the CD versions were at the wrong pitch. In essence, MQA has corrected the pitch for this release to A=442 Hz. It might seem trifling, yet shows how much devotion Fairytales has incurred down the years.

Toneff studied music at the Oslo Music Conservatory and was a jazz natural as this remarkable outing proves. At times she displays the ethereal grace of a pure diva. Then you catch a hint of huskiness—sultry and seductive. Above all, Toneff sings with a fragility that also offers a show of strength.

Dobrogosz provides the perfect foil for all this. His piano accompaniment is part George Winston, part Keith Jarrett. Silence is often a key element, along with playful and impromptu extras. Together the duo seems to occupy a private space, almost cocooned from the world. Natural acoustics in the Grieg Hall play a part, as do the expanded echoes from one stairwell.

And the songs offered up here? "The Moon Is A Harsh Mistress" makes for a show-stopping starter, with Jimmy Webb's classic getting the misty moonlight treatment. "Lost In The Stars" by Kurt Weill is another wistful show tune that turns to putty in Toneff's hands. "My Funny Valentine" is hauntingly rendered and shows again Toneff's vocal control. Happily shorn of vibrato, her emotion is relayed by long notes held in suspense, without ornate quivering.

"Nature Boy" sounds as mythical as it once did for Nat King Cole, "Long Daddy Green" is offbeat and shadowy, whilst "Before Love Went Out Of Style" simply soars. Dobrogosz also co-wrote some pieces here and Elton John's pining "Come Down In Time" was always a jazz standard in waiting. John admits that chordwise it was like nothing he'd written before.

Odin's detailed revision of this album is touching, though you sense it would sound blissful in any received format. There was no happy ending for Toneff's fairytale, but her story in song will last an eternity.

The Moon Is A Harsh Mistress; Come Down In Time; Lost In The Stars; Mystery Man; My Funny Valentine; Nature Boy; Long Daddy Green; Wasted; Before Love Went Out Of Style; I Read My Sentence.