By C. MICHAEL BAILEY
March 5, 2017
Sign in to view read count
There are certain things that evoke memory more than smells and sound. Unfiltered Lucky Strike cigarettes, just lit, make me think of my dad's office in the 1960s. Unfiltered Lucky Strike cigarettes, iced-cold Budweiser in the bottle, and organ jazz and blues, make me think of what dark, urban dives should smell, taste and sound like in the same period. Whether it is the southern chittlin' circuit or Mel's Colbalt Club in the upper 140s this is music for the ages. 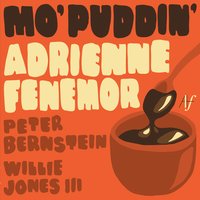 New Zealand is as far from New York City as one can imagine, but New Zealander B-3 specialist Adrienne Fenemor managed to make her way to the center of the cultural universe to find guitarist Peter Bernstein and drummer Willie Jones and get them to sit down long enough to blow through a mixed bag of originals and gamely chosen organ-jazz standards. The title piece is a nominal blues boogaloo by Fenemor that is delightfully contemporary while still recalling the likes of Big Big John Patton and Dr. Lonnie Smith. "Minor Mixup" is a minor-key rave up that takes asvantage of Bernstein's filigree chording and Jones' soul-jazz going on post-bop. Bernstein's solo is a lyrical device askew with the typical organ trio romps. Her three chosen standards include a greasy takes on Jimmy Smith's "Back at the Chicken Shack" and "The Boss." The trio has fun with a paced version of Bobby Timmons' "Moanin'" to close a very fine organ jazz recording, firmly fixed in the vernacular. 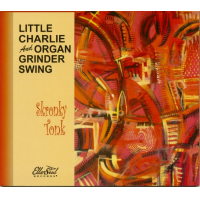 Guitarist Little Charlie Baty leads a swinging organ-jazz trio called organ grinder swing. He is also the leader of the blues band Little Charlie and the Nightcats. Wanting to capitalize on some of the more jazz-oriented pieces in the Nightcats book, Baty breaks out with this soul jazz organ trio recording, Skronky Tonk. More jazz-jazz than soul-jazz, the disc features a baker's dozen of songs. While Baty's originals, like the cover pieces and "Gerontology" are cleverly inventive, Baty soars on the standards. The old standby, "How High the Moon" intermingled with Charlie Parker's rendition of it in his famous "Ornithology" is a treat. Baty nods his head to Django Reinhardt in "Nuages" and John Lewis' tribute to the guitarist, "Django." The real fun begins with Baty's turn into the swing era with Charlie Christian's punchy "Swing to Bop" containing a Lorenzo Farrell organ solo befitting the classical stage. The trio closes the disc with a spirited take of Benny Goodman's "Flying Home," again honoring Christian. This is a really fine release addressing a lot of musical ground. 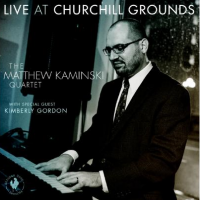 Matthew Kaminski is the home team organist for the Atlanta Braves. That is his daytime claim-to-fame. He has a night job, also, playing tasty organ jazz at places like Atlanta's best jazz club, Churchill Grounds, with his quartet: drummer Chris Burroughs, tenor saxophonist Will Scruggs and guitarist Rod Harris. Kamanski is a free-wheeling player perfectly willing to pull out all of the stops (to shoehorn in a perfect pun). Kaminski heats things up immediately with a full-bore organ- jazz treatment of the Beach Boy's "Sail on Sailor," a superb surprise right out of the starting gate. The quartet mashes hard on Lou Donaldson's boogaloo, "Hot Dog" before passing the fence with a seething "Midnight Special" doubling down on Jimmy Smith's masterpiece. Harris is at a sinewy best and Scruggs blows full-throated this this perfectly paced southern drama full of humus and humidity. Vocalist Kimberly Gordon chimes in on "If I Had You," and Jobim's "So Danco Samba," and "Just Squeeze Me." "It Shouldn't Have Happened to a Dream" is as far from "Midnight Special" as one can get, demonstrating the band's considerable breadth of material. Urbane and sophisticated is this recording. Classy. 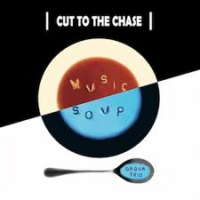 The most progressive set considered, here, Music Soup's Cut to the Chase is firmly in the jazz organ trio neighborhood while expanding the perimeter of what we should consider the standard soul-jazz repertoire. Music Soup is keyboardist/vocalist Evgenia Karlafti, guitarist Kestor Dimopoulos, and drummer Valelis Kotzabasis a Greek trio intent on updating the book of organ jazz. Nine original compositions by the band range from the angular and edgy title cut to the funky-fun "The Theme," featuring Karlafti's pinched electric piano doubled with Dimopoulos' wah-wah. Did I mention that Karlafti sings? She does and well. This is the release for the more forward-minded listener that is looking for something new from an old format. "Movin'" adds a horn section, expanding the trio's sound to full orchestral. Karlafti is in her element, cushioned by the brass and reeds. 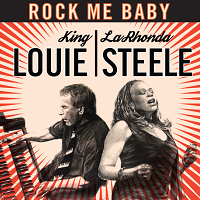 And, finally, a jump blues. Rock Me Baby pulls the delta through an Urban cheesecloth, propelled from the B3 of Louis "King Louis" Pain. Fronting Pain's band is vocalist LaHonda Steele who tears through Big Joe Turner's "Twenty Nine Ways" before turning the funk up in the Isley Brothers' "It's You thing." Pain's organ is at once tart and compact and huge and expansive. The title cut is the straight blues of B.B. King delivered with a big sound and a slow, sure momentum that grinds as it should. Steele steps up a belts a soulful, "Phenomenal Woman," (as she also does on "You Make Me Feel like a Natural Woman") while recalling the 60s with an energetic "I Love You More Today Than Yesterday." It is in these three songs that Steele establishes her. Pain proves the capable band leader, providing Steele all that she needed to make her point.