By Eyal Hareuveni
January 2, 2013
Sign in to view read count 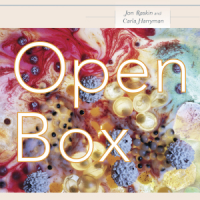 Among the varied collaborations between poets and musicians, or the adaptation of poetry to music, the setting of Carla Harryman's genre-busting poetry to improvised music by Rova Saxophone Quartet's Jon Raskin is outstanding. Not only because of Harryman's avant-garde poetic language—often focusing on the language itself, its contradictions and shortcomings—subverting its attempts to capture the fleeting thoughts of the poet or contemplating on its contribution to common complicity to power; rather, mainly due to its success at creating an original sonic world that wraps Harryman's radical words with chaotic, even disturbing, polyphonic staging—highly suggestive, rich in detail and meticulously arranged.

Raskin enjoys the presence of Harryman herself, who has experienced in many inter-disciplinary projects such as the Poet's Theater that operated in San Francisco in the seventies and eighties and many other poetry-performances projects. Other Bay Area forward-thinking improvisers such as percussionist Gino Robair, vocalist Aurora Josephson and guitarist Ava Mendoza augment this project.

Each musical adaptation is a world of its own. The roaring, metallic assault of "Fish Speech" reflects the chaotic state of nothingness sketched in Harryman's poem, "in the beginning," before the notion of language was conceptualized to include the distinction between here and end, inferno or extinction. Harryman and Raskin's plain narration in the two parts of "Open Box" is embraced with fragmented, weird sounds, a true abstraction for the disjointed imagery of this poem. Her insight of the poetic action is described as