Home » Jazz Articles » Glauco Lima: Once Upon A Time

Glauco Lima: Once Upon A Time

By Geannine Reid
January 21, 2016
Sign in to view read count 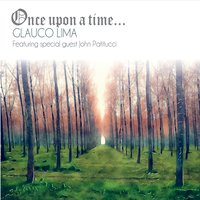 Brazil, perhaps more than any other country, has embraced jazz, the sound of 1950s jazz or the cool school as some like to call it, and the music world has benefited from this love affair. This music has had a huge influence on the evolution of the bossa nova, and now latin jazz has cemented itself to the vocabulary of modern jazz. The combined evolution of the music and the love of rhythm that both styles share has opened the door for other Brazilian styles to become popular in jazz. Brazilian pianist and composer Glauco Lima is a fine example of the modern amalgamation of the two styles. Lima grew up in Tatui, a small city near Sao Paulo, in a household filled with music. Lima was humming along with his mother's lullabies even before he could speak and soon was playing various instruments, but classical piano studies and his exposure to jazz via Claudio Borici known as "Federal," Lima became increasingly devoted to developing his own skill as a pianist and interpreter of music that he loved, namely Brazilian, classical and jazz.

Lima now lives in New York city and has released a CD entitled, Once Upon a Time. The CD encapsulates the best of his experiences and reflects what he has absorbed from sharing the stage with music icons and legends. Lima explains, "Once Upon a Time was born with a very simple concept: bring to life the amazing cultural nuances of contemporary jazz merged with the richness of Brazilian music, the roots of classical music, and the passion of Latin music." The CD contains eight selections, five are penned by Lima, with three brilliant arrangements and a special guest appearance by bassist John Patitucci.

"Ababacabe" begins the release, Lima establishes from the opening lines that he has a command of the piano that is distinct. The straight-eight Brazilian influenced melody traverses an inventive song form that leads us to Patitucci's electric bass solo. As usual, Patitucci is simply amazing in his technique and ability to tell a musical story is unmatched. Lima's fills during the ending vamp are a good preview of things to come, highly musical, energetic piano playing that will make you smile.

Naturally, the best setting to hear Lima's incredibly varied and highly personal piano style is in a trio or duet format. Three of the tunes are presented in a trio format: "Ababacabe," "Baiao GPL," and "The Battle Hymn of the Republic," with "Odeon" being a duet. "Baiao GPL" is especially enjoyable, with its singable melody and Lima's wonderful touch on the piano. The trio builds and explores every inch of the four chord solo section. Lima also interjects little interludes to help keep interest in the flow of the composition, overall an excellent selection in form and pacing. "The Battle Hymn of the Republic" finds Lima playing the fender rhodes. Lima's touch and ability to execute long flowing fast lines that make musical sense is marvelous. He delivers the wonderful melody with a funky latinish style with tight hits and a joyous energy that is infectious. Lima's musical vocabulary is a real treat to listen to, especially his blending of jazz and Brazilian colors, rhythms and musical forms.

"Wave" brings his influences full circle, as he performs this well-known Jobim standard, this hypnotic rendition of Jobim's melody is augmented by Livio Almeida on saxophone. The quartet performs very well together and Almeida's solo is energetic and full of rhythmic diversity that Lima and drummer Rogerio Boccato pick up on, and embellish.

Once Upon a Time is an excellent example of a Brazilian under the jazz influence, and the result is a fabulous aural portrait that bridges the divide between jazz and Brazilian popular music. Lima's fantastic ability to entrance the listener through multiple styles and his piano playing, full of dynamics displays a rich musical maturity.

Once Upon a Time; Ababacabe; Baiao GPL; Wave; Sevenk; Odeon; The Battle Hym of the Republic; Voo de um Passarinho.

Title: Once Upon A Time | Year Released: 2016 | Record Label: Self Produced