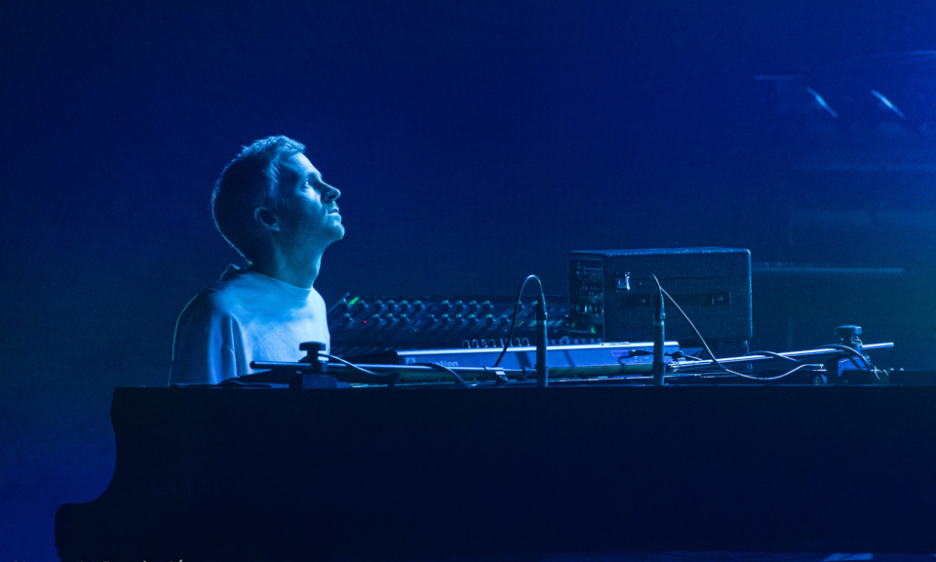 Two stops before the end of his 18-month world tour, Icelandic composer Ólafur Arnalds and his band brought amazing sounds and otherworldly visuals to Belgrade. The long and successful world tour was in support of his fantastic ambient album re:member (2018) and brought Arnalds to Serbia for the first time.

His reputation as a composer and performer has been building over the years as part of a new generation of artists blurring the boundaries between classical and electronic music. Familiar harmonies and modulations are given a fresh twist or totally new context. Arnalds' music acts as a soundtrack to a film that never was. He has a way of manipulating the listener with motifs and jarring shifts that recall typical film music. As such, it is futile to try to stick an easy label to him.

Accompanied by string players and a drummer, Arnalds took to the stage with little fanfare, hopping out and going straight into the first two tracks from his new album, "Icaro" and "Pú ert jörðin." For nearly two hours, there wasn't one wasted moment.

Alternating between a grand piano, keyboards, and a laptop, Arnalds mixed pre-recorded samples and synthesized elements with live elements to create atmospheric and absorbing soundscapes. His compositions unfurled slowly, sometimes glacially, with the strings building gradually over simple piano motifs and electronic elements.

A refined composer, Arnalds' subtle style of composition is minimalist yet emotionally powerful. The show was often a meditative exploration of his softer and subtler compositions. Unique ethereal soundscapes poured over a variety of slow-building but warm emotions. The beautiful and stylish pieces were underpinned by subtle electronic effects and enhanced by the use of his innovative Stratus technology, which allows notes on a main piano to generate additional sounds from two background pianos.

Each song was beautifully accompanied by dream-like visuals. Dramatic and spellbinding light production added another layer of depth to the music. Listeners sat in visible awe as he whisked through songs from his catalog like "Verses," "Momentary," "saman," "brot," "Ypsilon," "Undir" and "Ekki Hugsa." Not everything was reflective and meditative. Occasionally, he would shift gears into more dynamic pieces and fantastic interplay with the lights. Even these fast-paced compositions were hypnotic. Tracks like "nyepi," "Doria" and "Near Light" were notable highlights before the end of the show. Arnalds is also an engaging storyteller, and chatted to the audience between songs.

For an encore, he gave an emotional speech about his grandmother. In memory of her, he played "Lag fyrir ömmu" alone at the piano in the dark. It was an emotional end to a concert full of quiet delights. Conceptually, musically, and technically, this was a magnificent achievement.