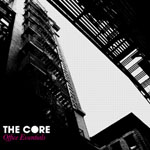 Those believing the Norwegian scene is all about Nordic Cool and electro-centric improv might change their minds after hearing The Core's Office Essentials. Owing as much to John Coltrane's classic mid-1960s quartet as it does the closer-to-home Jan Garbarek/Bobo Stenson Quartet of the 1970s, The Core is as far from cool as you can get; delivering some of the hottest music to come out of Norway since early Garbarek albums like Afric Pepperbird (ECM, 1970) and Sart (ECM, 1971). But make no mistake: The Core may reference things past, but its sound is unequivocally contemporary.

Perhaps surprisingly, three of Office Essentials' six tunes are written by drummer Espen Aalberg, but it's saxophonist Kjetil Moster's "Bolero" which opens the disc with a folkloric melody reminiscent of Garbarek/Stenson's Dansere (ECM, 1976). But equally, this simple, repeated melody is nothing but a set-up for Moster's full-out assault, a combination of Garbarek's ascerbic tone, Coltrane's spirituality and Pharoah Sanders visceral screams. But unlike Saunders and Coltrane, one of Moster's greatest strengths is how, whatever extremes he reaches for, the song's spare theme is never too far from the surface. Similar to Bill Frisell but far more aggressive, Moster knows how to exploit and explore a melody for all it's worth. Dynamics are key too, as pianist Erlend Slettevoll and bassist Steinar Raknes work tightly yet fluidly with Aalberg to create an ebb and flow that's in perfect synch with Moster.

Raknes' "Brooklyn Serenade" is a classic post-Coltrane tune—again based around a very simple premise—that features, in addition to Moster's Ayler-esque howls and dense tone, a piano solo from Slettevoll rooted in McCoy Tyner but filtered liberally through Richie Beirach and early Stenson. Were Aalberg to be channeling more Elvin Jones than he does, Office Essentials might sound too reverential. Instead, Aalberg's a loose and elastic player, responding to the occasionally evolving maelstrom around him, and he's equally powerful at propelling a strong groove that's less triplet-based than the late ex-Coltrane drummer.

One concern from an attendee of the JazzNorway in a Nutshell 2008 was that emerging Norwegian players not forget the tradition that remains a foundation for their music, no matter how far from that tradition they might get. He needn't worry, however, with Aalberg's fiery "Song for Eive" swinging mightily, another modal piece where Moster delivers his most powerful yet focused solo of the set. Less concerned with melody, Moster's harsh attack and free-thinking approach is intensely exciting, made all the more innervating by the support of his band mates.

The collective improv "Free-Bird" is as powerful as The Core gets, with a simpatico underscoring these six minutes of reckless abandon. Aalberg's "The Shadow," on the other hand, is the closest the group gets to relaxed, though an unshakable intensity simmers underneath, even as Moster switches from tenor to soprano for a lighter sound.

Its roots may be clear, but the energy and flat-out commitment of The Core makes Office Essentials a truly, well, essential album.