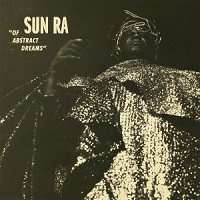 Neither Sun Ra's death nor the passing of a quarter of a century since has slowed down the seemingly insatiable appetite for archival recordings of the pianist, composer and poet. In 2014, to mark the centenary of Sun Ra's birth—né Herman Poole Blount—Strut Records and Art Yard issued the 2-CD, career-spanning compilation In The Orbit of Ra. This was followed by Planets of Life and Death (2015), a previously unreleased live recording from 1973 in Amiens, France, Some Far Place (2015), a rare trio gig recorded in Rome in 1977, and then the multiple-format release—including triple CD—of a fascinating and revealing compilation of Ra's singles, The Definitive 45s Collection 1952-1991 (2016). It doesn't stop there, however, for it seems there are as many Ra recordings awaiting discovery as there are stars in the Milky Way.

The latest in this run of releases—which could yet run until the centenary of Ra's death—is Of Abstract Dreams (2018), an unreleased radio broadcast from Pennsylvania dating from either 1974 or 1975. That the exact location—stated as "probably" WXPN FM Studios, University of Pennsylvania"—and even the year are a matter of doubt might seem odd at first, but in fact many of Sun Ra's extensive recordings weren't properly documented. There's also a question mark over the identity of the drummer, credited here as Eddie Thomas, but what's not in question is the vibrancy of these performances by a fairly compact, bassless septet/octet line-up.

Sun Ra's affinity with the blues is evident on "I'm Gonna Unmask The Batman," co-written by Chicago blues guitarist Lacy Gibson—at the time Ra's brother-in-law—and Sun Ra's manager, Alton Abraham. Effectively a typical Arkestra chant number, with a wonderfully snaking solo from Gilmore and great ensemble riffing, chief vocals are gruffly belted out by James Jacson. His sandpaper-and-coal pipes are described in Paul Griffiths' liner notes as like a cross between Louis Armstrong and Screamin' Jay Hawkins, but others may prefer to think Animal from The Muppet Show, which would be entirely in tune with this raucously fun workout. The septet explodes in an anarchic, free-wheeling finale before making a soft landing.

Rounding out the session is the first studio recording of "I'll Wait for You," far removed from its habitual live setting as a poem recited by Ra accompanied by singer/dancer June Tyson. Ra's wily hands work his keys hard, dropping in and out as Gilmore once again shines, buoyed by African percussion. As Gilmore's solo continues, gradually diminishing, a chorus chants the refrain. Ra's re-entry signals a wind change, his melodic vamp releasing Omoe's wild overblowing on bass clarinet, enthusiastically supported towards the end by tenor and alto saxophones and Ebah on trumpet. With Ra's bands, bruising and tender are two sides of the same coin and it's with a tender return to the chant—this time as a call and response—accompanied only by percussion that the fourteen-minute piece concludes.

The sound quality of this recording is good and the performances excellent—bristling with as much energy as any Arkestra concert. With Ra utilizing the WXPN studios to record up until 1980 we can reasonably expect further archival releases from this same source in the future. If they are as good as this one then Sun Ra fans will be in for a treat.

Island in the Sun; New Dawn; I’m Gonna Unmask the Batman; I’ll Wait for You.