GoGo Penguin: Ocean in a Drop

By Geno Thackara
October 19, 2019
Sign in to view read count 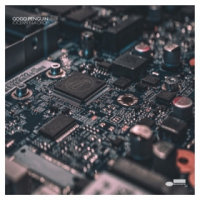 While William Blake saw the world in a grain of sand, and the poet Rumi wrote that each person is not a drop in an ocean but rather the opposite, GoGo Penguin's ever-expanding sonic world hints at similar multitudes yet to be experienced. It rarely sounds like "just" piano, bass and drums in these hands, and the scope of Ocean in a Drop doesn't feel limited by the brevity of its EP length. They hit the ground running and pack an expansive vista into each picturesque piece.

It's no surprise that the cinematic feel comes to the fore more than ever here—the material first grew as a live accompaniment to the experimental film Koyaanisqatsi, comprising a dialogue-free series of landscapes and cityscapes. The trio accompany these sweeping musical motifs with their usual wealth of subtle sonic detail: Nick Blacka plucks and bows his bass to continually changing effect, while small physical touches keep Rob Turner's breakbeat drums constantly shifting in tone and texture.

"Control Shift" is probably the most self-assured heavy hitter the group has produced thus far, kicking off with a downright frantic Blacka dub line before Chris Illingworth's piano joins for a tandem sprint, soon followed by all three careening through a truly devilish rhythmic minefield without missing a step. The crazy bouncing through "Four Corners" isn't far behind either, weaving a gutsy driving motif over which Illingworth's melody lines take off and fly high. The title track dips like the sea's own rolls and swells before the solo piano closer drifts broodingly back down to earth. A relatively small but unmistakable step in the group's continuing evolution, Ocean in a Drop is an exhilarating whirl showing some of GoGo Penguin's smartest writing and wildest scrambling to date.