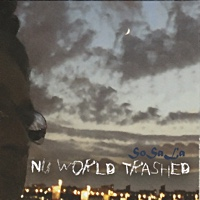 SoSaLa is the brainchild of vocalist, saxophonist, music activist and native Iranian Sohrab Saadat Ladjevardi, who fuses Persian influences with Western instrumentation amid indigenous platforms, summoning the Middle Eastern contingent. A well-travelled musician, Ladjevardi immerses his craft into quite a few projects and multifaceted ensemble-based frameworks. He resides in New York City, and as the story goes, blasted his horn in front of the United Nations as a means for supporting the Green Movement in Iran.

"Vatan Kojai?" may serve as a benchmark of sorts. Here, Ladjevardi merges his inward-looking persona with the jazz vernacular and a world music vibe. He chants and hollers when getting his point across, relating to a thematic forum where he scrutinizes his Iranian roots. With Arabic modalities and an intensified rite of passage, featuring Massamba Diop's frothy talking drum patterns, the yearning attributes are deconstructed via guitarist Alejandro Castellano's psychedelic guitar parts. The band thereby imparts a multidimensional panorama with a big sound, complete with a hearty improvisational element. Ladjevardi radiates his message loud and clear with the fortitude of a vociferous prophet nestled in an asphalt jungle.

About So Sa La