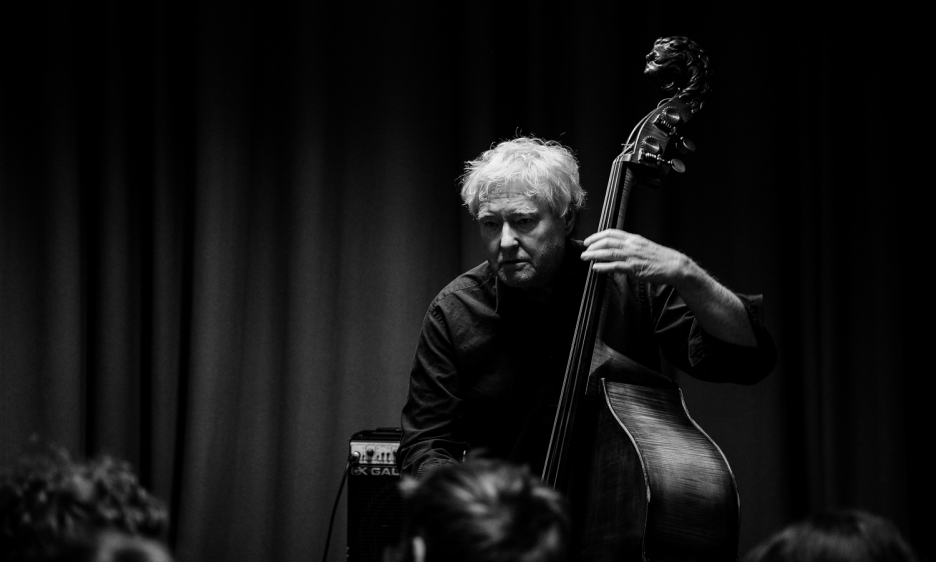 The band walked onstage, and "Mooring Line" began with soft electric piano, followed by a rubato narration over the whole band. It was basically a rock song, with stops for narration, and featured a keyboard solo with electronic effects. Beate welcomed the virtual audience, and encouraged them to listen in the way that suits them best. "Out of Orbit" was funky, with a hooky pop melody and gospel organ. "Hindsight" was a moderate tempo soul song about what she should have seen coming in a love affair. The buildup to a dynamic verse then cooled down to vocals only—concluding with a big shouting finale. A demonstration of the singer's range, from powerful to gentle.

The backup singers left the stage for "I Run You Ragged," a soulful appreciation of her partner: "I run you ragged, I know." It featured a lyrical synthesizer solo from Wallumrød. The singer announced that she had just celebrated her 46th birthday: "no longer young and promising, thank god." Her description of her many life experiences, good and bad, served as an introduction to the funk/soul tune "Traces." The lyrics included a description of the physical manifestations of her life: blemishes, stretch marks, scars—concluding with her ad lib over a vamp.

After a funky clavinet riff, "Big Balloon" changed things up with a reggae rhythm. "Dedication," the title tune of her latest album used a funk/rock feel to talk about enjoying life while working towards your goals. The band was introduced, before getting to the ballad "Dear Hope." Written for a friend, it began with a touching voice/organ duet. After performing "Moderation" from her first album Home (Jazzland Recordings, 2001), she thanked the audience and launched into the soul of "Diamond in the Rough." The big shout chorus transitioned into a soft piano—then with "goodbye" the band bowed and left the stage.

Veteran double bassist/composer Arild Andersen brought a new quartet to the stage, with saxophonist Marius Neset, pianist Helge Lien and drummer Håkon Mjaset Johansen. They opened with "Infinite Distance" from Hyperborean (ECM, 1997). Andersen started the bass line on the darkened stage: the lights came up to a serpentine soprano saxophone melody with a Middle Eastern flavor. After a piano solo and a sax solo, the leader's bass solo ended in a riff leading back to the head, which was doubled by bass and saxophone (an arrangement choice that would recur throughout the concert). For "Landloper" from Lifelines (ECM, 1981) Neset switched to tenor saxophone for a tune with a Gospel feel, recalling previous ECM collaborations between Keith Jarrett and Jan Garbarek. Andersen expanded his bass sound with a wah-wah pedal during his solo, a sound which he employed numerous times over the course of the concert. After an ecstatic unaccompanied saxophone coda the group joined in for the ending. Andersen introduced the band and back-announced the set list (in English).

The ballad "The Day" from The Rose Window (Intuition, 2016)—a live album that included Lien as part of a trio—began with unaccompanied piano, joined by the bass playing the head as a duet. "Venice" from In-House Science (ECM, 2018) began with an unaccompanied drum feature for Johansen, initially using mallets and hands on the toms, before switching to sticks. The band came in with an almost rock feel, but over the course of the tune there was also an atmospheric rubato section and rhythmic sounds, including muting inside the piano, culminating in an energetic finale.

Andersen announced the final group of songs. "Rose Window" (the title tune from The Rose Window) began with the most electronic expansion from Andersen, moving from arco bass with delay into a looper to a pizzicato solo over the loop with wah-wah. A piano/bass duet led into a gentle full band, with a lyrical, yearning soprano saxophone melody and drums played with brushes. The concert concluded with "Science" (which appeared on both The Rose Window and In-House Science), a sprightly modal tune over a bass ostinato. Nice that it went into a definite swing section (complete with walking bass), this being a jazz festival, after all. The show concluded with a final band introduction, and "thank you very much."

An excellent concert from a fine new group. Hopefully they will record together and produce a more lasting document.

The final night of the festival concluded with two seventy-five minute concerts, starting with the prog- rock/jazz-rock trio Elephant9. Organist/keyboardist Ståle Storløkken (also known for his work with Supersilent and Terje Rypdal), electric bassist Nikolai Hængsle Eilertsen and drummer Torstein Lofthus have been performing together since 2006: their set included music from their entire recording career. "I Cover the Mountain Top'' from their debut album Dodovoodoo (Rune Grammofon, 2008) opened the show, the first of many Storløkken compositions. His atmospheric organ was joined by the distinctive voice of a ribbon-controlled theremin (or something like it) before the bass and drums joined in with a steady rock rhythm. For the first of many times the group demonstrated a sensitivity to dynamics, building up to full volume (on Storløkken's cue), suddenly dropping back, then blasting the climax with the organ in full Keith Emerson mode.

"Farmer's Secret" from Greatest Show On Earth (Rune Grammofon, 2018) featured Hængsle's electric bass playing the head. The old school Hammond organ with Leslie speaker solo was backed by wah-wah bass. "Habanero Rocket" from Walk The Nile (Rune Grammofon, 2010) was built on a regular floor tom-tom beat with a simple bass riff. It built to full rock energy, with a Mini-Moog synthesizer solo, another Storløkken signature. He paused here to say what a pleasure it was to be performing. There were no people in the audience, but the crew was really nice, and thanks for listening! They launched into "Psychedelic Backfire" from Atlantis (Rune Grammofon, 2012) which had a kind of solemn march rhythm, laced with the titular psychedelic electronic effects on the keyboards.

Storløkken announced "Skink/Fugl Fønix," tunes that originally appeared on Dodovoodoo and Walk The Nile, and were recorded together as a medley on Psychedelic Backfire I (Rune Grammofon, 2019). It opened with a high energy, fusion jazz style head, eventually building to a swing feel for the organ solo, which was peppered with outside synthesizer lines, as if the left and right hands were in different keys. A final announcement included the hope to see the audience in real life soon. Closer "Freedom's Children" from Atlantis had a thematic bass riff that recalled jazz-rock icons Soft Machine. The tempo sped up, and the song ended with a repeated fast riff doubled by bass and organ. An exciting set, and a great start to the evening.

Trumpeter/electronicist/composer Nils Petter Molvaer was joined by electric bass guitarist Jo Berger Myhre and drummer/percussionist Erland Dahlen (who had appeared earlier in the festival with Eivind Aarset). These players also appeared on Molvær's most recent album Buoyancy (Okeh, 2016), which also contributed a large percentage of the set list. But the concert began with "Platonic Years" from his breakthrough album Khmer (ECM, 1998). His mournful trumpet was joined by the bass playing high harmonics and electronic soundscaping, and the sound of bells. Once into the song proper there were lots of electronics in play: the bass played a chord progression with a high octave doubler; Molvær's laptop added programmed percussion, and his trumpet was processed through a harmonizer.

"Gilimanuk" from Buoyancy opened with bells and cymbals, adding slit drum behind Myrhe's bowed electric bass. The trumpet theme was doubled by the arco bass: Myrhe also plays double bass, which probably helps to explain his beautiful arco sound on bass guitar. "Mercury Heart" from Baboon Moon (Columbia/Sony Music, 2011) found Myrhe switching to a Fender VI, a six-string bass with a distinctive sound somewhere between bass and guitar (complete with whammy bar): he used it to create rhythmic loops, as well as to to play a solo utilizing the high range. The tune ended with an electronic chorus of trumpets. Molvaer joked about seeing so many people out there, and back-announced the songs.

"Sabkah" from Hamada (Sula Records/EmArcy/Universal, 2009) opened with atmospheric sounds, chords on the Fender VI, and percussion accents including shakers. "Lamna Reef" from Buoyancy featured standard electric bass again, but in a far from standard role. After playing with a doubler, it was played arco over a looper. Trumpet and arco bass again doubled the theme, and the tune ended in a trumpet solo over laptop soundscapes, fading on echoes. "Amed" from Buoyancy featured a drum solo, with an emphasis on the smaller percussion instruments. Molvær's trumpet solo recalled late fusion-era Miles Davis, building to an electric climax. He commented on the room and introduced the final Radiohead cover. "True Love Waits" was a straightforward ballad reading, with the bass taking the piano role in the original. The concert (and the festival) concluded with "thank you, hopefully we can see you in the flesh soon. Take care, and be well."

A lovely, atmospheric finale. Rarely are electronics used so organically, producing a blend which smoothly connected electronic and acoustic sounds.