BY GLENN ASTARITA
November 10, 2019
Sign in to view read count 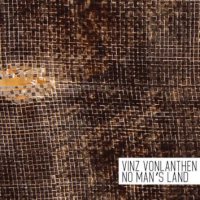 Swiss improvising guitarist Vinz Vonlanthen constructs his second solo guitar album since Oeil (Leo, 2004) amid his more recent collaborative recordings for Leo Records, largely featuring like-minded French artists. Otherwise, it's an apt album title via the guitarist's resonating electric avant-garde workouts, speckled with his wordless voice overlays on several tracks. Essentially, he conveys despair and an inhuman musical scenario with subliminal and mesmeric themes, as he perpetuates a distinct sense of the unknown.

Vonlanthen seemingly layers certain movements or multitasks by performing bass notes and upper-register voicings in simultaneous fashion. With steely harmonics, distortion techniques and a myriad of experimental maneuvers, the artist takes his time crafting a musical statement on a per-track basis. It's a good thing since he manages to insert melodic or jarring motifs, even if barely detectable. On a continual basis the guitarist generates a captivating set of circumstances as though he's interrogating his inner self.

Squelching notes and moaning voices impart an additional ominous factor into the big picture along with background effects, strenuous note-bending episodes and a sense of yearning. On "A Un Fil," Vonlanthen executes buzzing lower and upper register lines while maintaining a rhythmic sensibility and contrapuntal chord voicings. Indeed, he's a multitasking machine. With ghostly treatments and unorthodox voicings, he takes the listener on an indefinable journey into parts unknown. However, "Cross No Man's Land" is a temperate spiritual motif, shaded with high-pitched feedback and volume control processes, contrasted with a drifting background.

In military terms, no man's land is the space in between two opposing front lines. Here, Vonlanthen's acute imaginative powers spark a soundtrack where time is frozen in a neutral zone with no winners or losers. Basically, music imitates life during this persuasive and tremendously interesting endeavor.