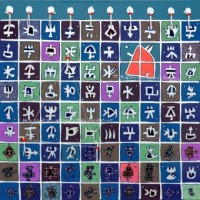 Guitarist Okan Ersan hails from Cyprus and was a featured soloist on his younger bassist brother Oytun Ersan's album Fusiolicious (Self Produced, 2019). On the outer space-inspired concept album Nibiru (named after the mythical planet) his jazz fusion quartet cooks a quite a solar storm. Each of the seven chapters charts a musical narrative related to its respective celestial theme. The album also incorporates some NASA space samples as heard at the start of the opener "Chapter I: 6EQUJ5 (Wow Signal)" in which Ersan cannily used Morse code to translate the reference for the unknown signal "6EQUJ5."

The overall feel of the dramatic fast-paced piece is reminiscent of Allan Holdsworth at his most lyrical, and Holdsworth springs to mind even more with Ersan's incendiary solo break on "Chapter III: Deep Field," an interpretation of visual phenomena within the small region of the constellation Ursa Major, taken from the Hubble Deep Field (HDF) observed by the Hubble Space Telescope. But it's not all sound and fury as "Chapter V: Transcending" will attest. The focus here is the portrayal of the travel of energy from the body and its return back to the universe. There's a sense of pastoral floating with Ersan evincing some delicately understated glissando adornments. The title track relates to a mythical outer planet within our solar system and additionally is inspired by a signal received in 1977 that is believed to be the first ever transmission from outer space. Whilst Ersan introduces this harmony-rich number with elegant harmonics, each member of the quartet executes a solo to represent salutations from Nibiru to Earth. Once again there's more fluid and tasteful Holdsworthian shredding from Ersan.

The second part of the title of the final track (Anunnaki) relates to The Anunnaki, a group of deities who appeared in the mythological traditions of the ancient Sumerians, Akkadians, Assyrians, and Babylonians. The music here reflects the chaotic Space Jungle through which the Anunnaki supposedly travelled in their quest for an element to save their planet Nibiru. But here, as with the staccato-laden "Chapter IV: Gravitational Waves," the group sounds more like jazz fusion pioneers Brand X, an electrifyingly dynamic beat propelling the piece along. In this taut and compositionally imaginative forty minute outing, Ersan has produced a remarkably intelligent and perfectly executed suite of exciting jazz fusion. He is undoubtedly a musician who needs to be heard more widely.