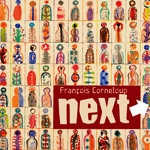 The French saxophonist Francois Corneloup is a baritone/soprano saxophone specialist and a forty-something wild man deserving wider recognition. Last year's release of the U.L.M. Trio recording, with fellow French firecracker Marc Ducret on guitar and the capaciously capable drummer Martin France of Britain, deservedly raised his international profile. This release, falling into the avant-groove category inhabited by bands from the Lounge Lizards to Critters Buggin should do more to raise Corneloup's profile as a bandleader.

This band is a by-product of the Minnesota-Sur-Seine Jazz Festival, the brainchild of producer Jean Rochard, a dual resident of Paris and Minneapolis who has played a hand in the recordings of Happy Apple and Jef Lee Johnson. Corneloup and countryman Dominique Pifarély on violin are joined by Minneapoles Dean Magraw on guitar, JT Bates on drums and the Philly-bassist Chico Huff who arrived via his role with Johnson.

The success of this project hinges upon the execution of the rhythm section striking just the right balance between precision and loopiness. Evidence that Huff and Bates will carry this project on their backs begins "Next Door," as they first lock with Courneloup's tongued baritone-groove then lope through his arching bridge section.

Magraw, who more than a decade ago was noted for dazzling acoustic guitar recordings too adventurous for the Windham Hill label, surprises with acid-funk rhythm crunch and a metallic strat-toned acid-rock lead. The prog-rock flourish that tags the song is the first in a surprising bag of tricks dipped into throughout.

Pifarély is known for some rather chamber-esque avant excursions in the ensembles of Louis Sclavis and Vincent Courtois, so his work here comes as a shock. Even an educated ear might want to anoint Magraw with one of this year's most incendiary guitar performances upon hearing the scorching solo on "Tinguelyness" until the fuzzed-out, seemingly alternately picked attack, begins to sound bowed and is revealed to belong to the violinist.

On "Cease Fire," avant-atmospherics introduce another nasty bass and drums groove, with Pifarély blasting off again, using a more traditional tone to go freakishly virtuosic to the point of violence. More attacks of this type would be welcomed.

Corneloup is as voraciously fluid on baritone as soprano, a rare skill set in jazz excepting John Surman and James Carter. On "French Walker at Wounded Knee," another wailing bait-and-switch ensues, his soprano at times taking on an electrified violin-like tone, howling over the full length of the song in varying degrees of controlled frenzy.

The band can also change direction radically, as on the sad salon music of "Seule," which finds Pifarély in more familiar 'out' territory and Corneloup waxing nostalgic over Huff's fretless exhortations.

A lot of groove-jazz bands attempt this sort of thing, but few pull it off with the intent and intellect on display here, especially considering this band's ability to variegate the colors while keeping to concept. Here's to the meeting of these minds—Parisian to Minneapolisian.