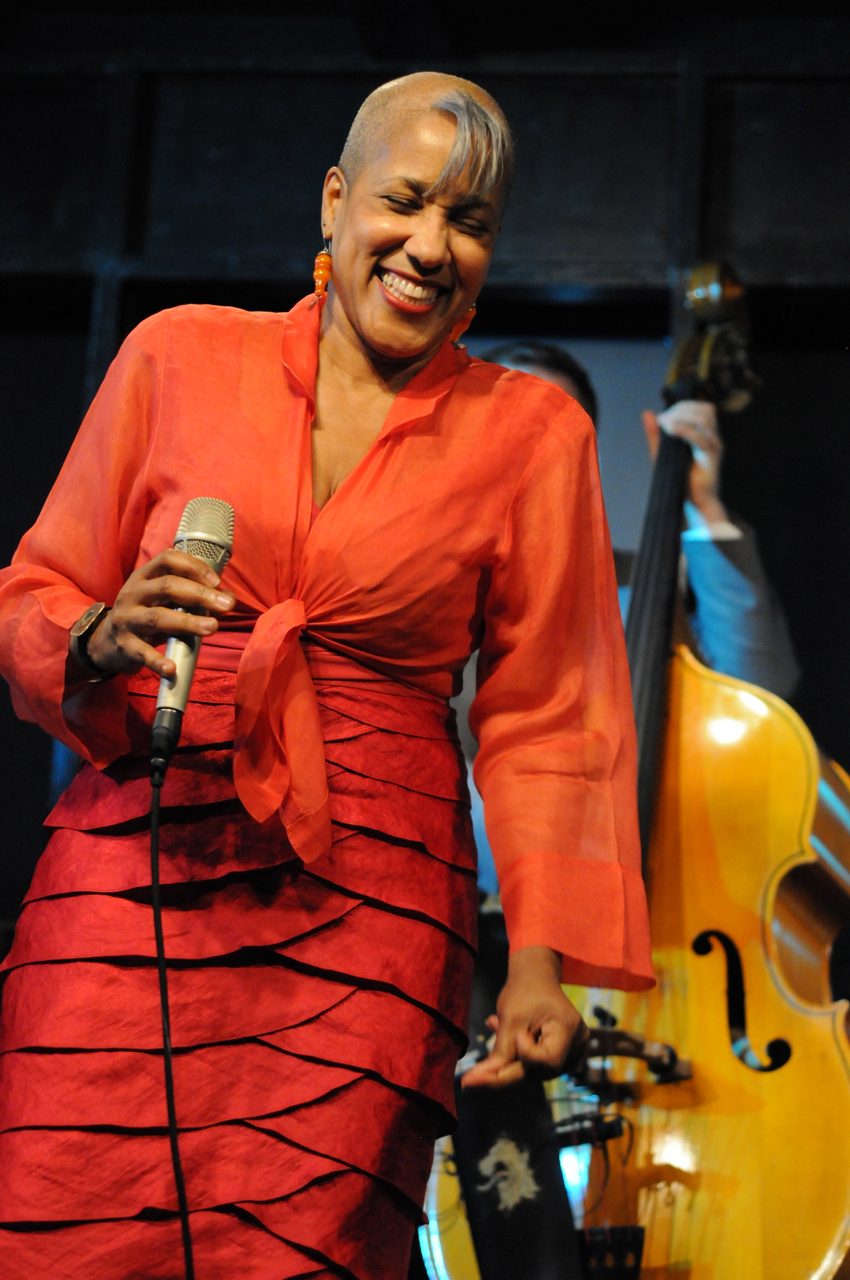 slideshow
Today, let's spend some video time with singer Rene Marie, who's coming to St. Louis to perform Wednesday, March 4 through Saturday, March 7 at Jazz at the Bistro.

A Virginia native who will turn 60 in November, Rene Marie was something of a late bloomer, not beginning her professional singing career until she was past 40 and her two sons nearly grown. She was one of the first artists to sign with the St. Louis-based MAXJAZZ label in 1999, and put out a total of five albums with them over the next six years, and also making several live appearances during the same time period here in St. Louis at the Bistro.

After self-releasing several recordings in the mid-2000s, Marie struck a deal with the indie label Motéma in 2011, and since then has put out three more albums, the most recent of which was 2013's I Wanna Be Evil (With Love to Eartha Kitt).

The idea of doing a straight-up tribute album was something of a departure for Marie, who usually writes a good portion of her own material and also is noted for creative arrangements and medleys of others' songs. But as it happens, her musical approach turned out to be a good match for material associated with Kitt, whose eclectic career ranged over seven decades, beginning in the 1940s as a dancer with Katherine Dunham and eventually encompassing numerous roles in films and on Broadway, hit records including “Santa Baby" and “C'est Si Bon," and, famously, even a stint playing Catwoman on the 1960s TV version of Batman.

The album was generally well received, and Marie has built a number of recent live sets around the songs from I Want To Be Evil, including her show last November at the Chicago Humanities Festival, which you can see in its entirety in the embedded video window at the top of this post.

After the jump, you can see her performing “Peel Me A Grape," recorded at last year's Heineken Jazzaldia in San Sebastián, Spain; and an excerpt from her version of “It Might As Well Be Spring" from the 2013 ProJAZZ Festival in Dortmund, Germany.

Next is one of Marie's trademark medleys, joining the 1940s standard “Imagination" with the Temptations' “Just My Imagination," and a version of “Them There Eyes," both recorded in August 2012 at the Charlie Parker Jazz Festival in NYC. An acapella version of “When You're Smiling" from 2010 wraps up today's video selections.

For more about Rene Marie and I Want To Be Evil, check out this interview she did with NPR last April, and this conversation she had with fellow singer Roseanna Vitro, published in 2012 by Jazz Times.