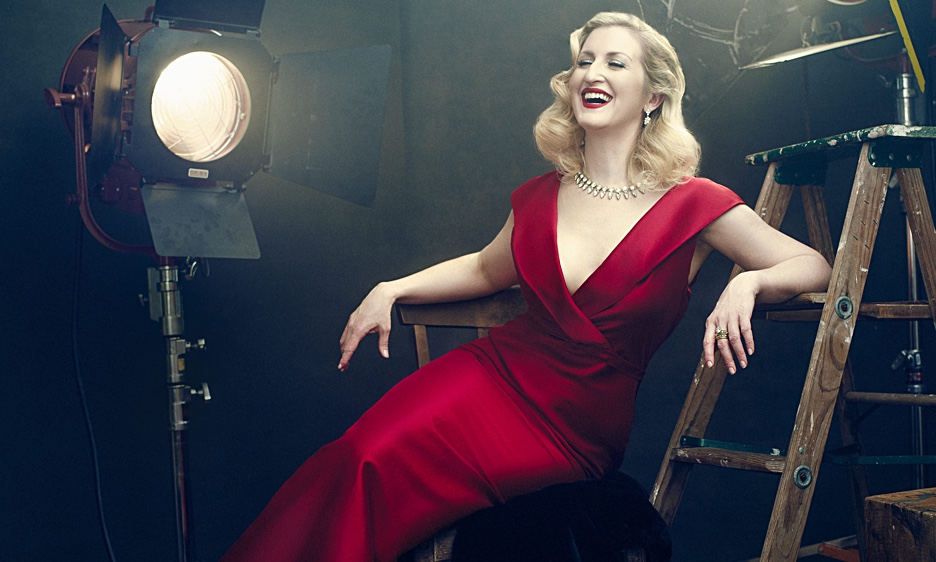 Jégou possesses a sumptuous instrument and impressive stylistic breadth… a commanding pop-jazz singer who shines in just about every context.
&#151Andrew Gilbert, JazzTimes

Patrice Jégou (pronounced Zhay-goo), who released her critically acclaimed second album earlier this year, If It Ain't Love, won in the Independent Music Award’s (IMA) Best A Cappella song category with her rendition of “Lover Come Back To Me,” arranged by Take 6’s Mark Kibble, and featuring Kibble and Alvin Chea. The awards ceremony took place on Saturday, June 22nd at Symphony Space in New York City, and judges included Todd Rundgren, Tom Waits, Paquito D'Rivera, and a host of music industry luminaries. Jim Brickman presented the award to Jegou.

“This is such a thrill for me, and I’m so grateful to have worked with Mark Kibble and Alvin Chea from Take 6. As an independent artist, it means a lot to me to win this award! I’m very grateful." —Patrice Jégou

If It Ain't Love has been hailed by JazzTimes Magazine, “Jégou possesses a sumptuous instrument and impressive stylistic breadth… a commanding pop-jazz singer who shines in just about every context” and Music Connection Magazine, “Patrice Jegou finds liberation and fresh creativity interpreting jazz standards, strolling, darting, weaving and soaring through a wild expanse of styles and moods on this collection. The Canadian has an ability to ease from moments of playful, soaring vocal transcendence and swinging arrangements to intimacy so hushed it breaks your heart.” The CD has also been enjoying wide national jazz radio airplay and has been on the JazzWeek Top 50 radio chart for six consecutive weeks.

If It Ain't Love is a musically diverse album of jazz and pop tunes that encompasses big band and huge orchestral arrangements, power ballads, and a cappella adaptations. Patrice is backed by A-list musicians including Clayton-Hamilton Jazz Orchestra, 10-time Grammy winning vocal group Take 6, and several of L.A.’s top recording musicians. “If It Ain't Love" was recorded and mixed at the legendary Capitol and United Recording Studios in Los Angeles. Despite the impressive cast, Jégou shines through as an exceptional singer.

Born in St. John’s, Newfoundland, and raised in Red Deer, Alberta—both in Canada—Jégou initially looked poised to pursue a career in sports. Although she comes from a family of amateur musicians and was enrolled in music lessons as a child, her first love wasn’t music, it was figure skating. She began skating when she was seven years old and turned pro when she was 18. She worked as a coach in New Zealand, and later skated in an ice show that was part of a touring circus in Mexico. Once she began focusing on music, her academic and performing trajectory included earning three music degrees, culminating in a Doctor of Musical Arts Degree in classical vocal performance from Mason Gross School of the Arts at Rutgers University. She also went on to represent Canada in a vocal competition in Orvieto, Italy, and won a prestigious international vocal competition in Peru, and later honed her skills as a polished jazz vocalist.

Jégou can really swing, as she so clearly demonstrates on her collaborations with the inimitable Clayton-Hamilton Jazz Orchestra. The famed big band provides their instantly identifiable sound on “Jersey Bounce,” “If It Ain’t Love,” “Just Squeeze Me,” and “Please Send Me Someone to Love.”

On tunes like “Waltz for Debby” and “Estate,” both of which were arranged by Grammy-winning and Oscar-nominated Jorge Calandrelli, Jégou takes a thoughtful and sensitive approach to the lyrics. But she can also get her groove on, and we hear that in the funky Allen Toussaint tune “Yes We Can, Can.” In this track, arranged by Paich, Jégou sings a duet with gospel diva Tata Vega. But whether she’s swinging, feeling the groove, or interpreting an intimate ballad like “It Might Be You,” she clearly captures the heart and soul of a song, no matter the genre.

With a grand vision in mind, Patrice chose to record and mix If It Ain't Love at the famed Capitol Studios and United Recording, in Los Angeles. She was elated when two titans of the music industry agreed to come on board: legendary recording engineers Don Murray and Al Schmitt. . And the results are impressive. “If It Ain't Love" is a stunning showcase for this artist’s wide-ranging talents.