On CDs, LPs, Henderson And Horvitz 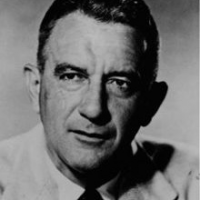 slideshow
In the 1950s when UCLA football coach Red Sanders (pictured right) said, “Winning isn’t everything. It’s the only thing,” he could not have known that his sports philosophy would be adapted to virtually every human endeavor. Being number one is the overriding aim not only in sports, but also in politics and international relations—as we keep hearing from the White House—and in business and the arts. Hence, there is consternation at this week’s news trumpeted in Billboard magazine that sales of CDs are so far down that the Best Buy chain will stop carrying them and Target stores may not be far behind. At the root of the change, of course, is the digital revolution; music downloaded from the Internet seems to be replacing music embedded in spinning discs.

Reports about the decline in CD sales invariably include statistics showing that jazz recordings sell at more or less the same numbers as those of classical music—perhaps implying that there is reason to regret that Charlie Parker, Louis Armstrong, Mozart and Stravinsky reach audiences of similar size. Serious listeners will wish jazz and classical CD companies and their distributors the best, regardless of how the music is delivered, but as CDs go the way of LPs it is not hard to feel pangs of regret. Oh, wait a minute—vinyl is making a modest comeback, however unlikely it is to replace CDs. Or downloads.

Speaking of vinyl, I’ll mention a couple of fairly recent LP reissues that have kept the Rifftides turntable busy:

Joe Henderson’s The Elements (1974) is nicely remastered on the Milestone label. It contains the tenor saxophonist’s compositions “Fire,” “Air,” “Water” and “Earth” and has a distinguished cast that includes pianist Alice Coltrane, bassist Charlie Haden, violinist Michael White, percussionist Kenneth Nash and, on two tracks, drummer Ndugu Leon Chancler, who died last weekend at age 65. One of the most adventurous albums in Henderson’s discography, it finds him and his colleagues indulging mid-1970s jazz tendencies toward eastern spiritualism and mysticism. Among other attractions, Haden has a remarkable solo, accompanied by Nash’s special acoustic effects, on “Earth.” The track also contains vocal interjections by Henderson and his tenor mingling with White’s violin. The album is engrossing and not typical of Henderson’s music during this, or any other, period.

Wayne Horvitz, 55: Music In Dance And Concrete (Other Room Music)

In 2014 Horvitz, the restlessly exploratory composer, went underground for this experience in sound. With him in the caverns and huge cistern of Fort Warden, a former military base near Seattle, were a choreographer, dancers, audio engineers, and musicians playing string, reed and brass instruments. Horvitz explains in his articulate notes that he wrote 55 pieces of music and spent several days recording the musicians’ improvisations, taking advantage of the natural reverberations of the caverns and cistern. Extensive post-production followed.

The resulting music is haunting, unpredictable. Horvitz observes, “The various ambiences themselves created such a seductive palette that it was easy to stay inspired.” He added later that there was, “– a multitude of ideas happening simultaneously, so there’s more to discover every time you listen to it.”

This music can seduce you.