Making the Cello Jazzy: Its All in the Pizzicato Pluck 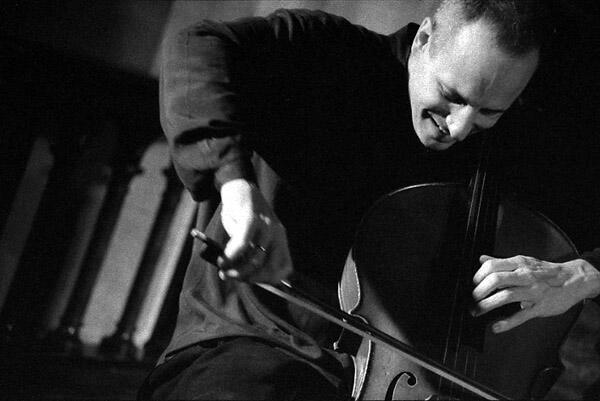 slideshow
The cellist Erik Friedlander possesses a deep, singing tone on his instrument, and when he gives into it completely, he can be a heartbreaker.

At the diminutive Brooklyn club Barbs, which he regards as a second home, his sound approaches room-size resonance, with little or no amplification, just about anytime he draws a bow across the strings.

But that was a rare and judicious indulgence in his hourlong set there on Friday night. Instead, as he does on Broken Arm Trio (SkipStone), his most recent album, Mr. Friedlander was playing original songs expressly designed for pizzicato. His bow was mostly unused as he plucked his way along the fingerboard. His right hand did the dexterous picking, with a spiderlike efficiency and speed.

Mr. Friedlander took a moment in the set to explain the inspiration for the trio. Some 60 years ago the great jazz bassist Oscar Pettiford turned to the cello out of necessity: having broken his arm, he was temporarily unable to grapple with the bass. He ended up embracing the cello as a separate discipline and pioneering its pizzicato use in jazz.

Some of the pieces Mr. Friedlander has written for his Broken Arm Trio evoke that precedent clearly. Spinning Plates, his opener, featured the same sort of jaunty swing that percolates through Pettifords 1960 album My Little Cello. The next tune copped its title from that album. Then came Pearls, named after Pettifords Two Little Pearls.

But the Broken Arm Trio, with Trevor Dunn on bass and Mike Sarin on drums, isnt a tribute band at heart. Its flexibility reflects a footing in ultramodern jazz conventions, with hints of experimentation. Jim Zipper, a riot of herky-jerky action, suggested the influence of John Zorn, who often enlists Mr. Friedlander in his projects. A new tune, Doobie, was episodic: its melody called for itchy trills, strummed chords and a flutter of atonality.

Mr. Friedlander made it clear that he was exploring his own language. At times his pizzicato called to mind the somber tone of a Middle Eastern oud. Elsewhere he reveled in knotty arpeggios or springy riffs. And when he did use a bow notably on Pearls and Big Shoes, a pair of ruminative ballads the sumptuousness of his sound felt all the more special. Given all the coiled tensions in the music, it was a welcome release.