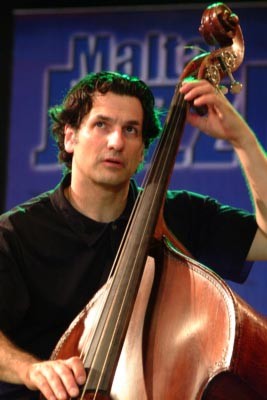 Hastings-on-Hudson, NY: 12 Miles North today announced the lineup for its 8th Annual Take Me to the River Festival Music and Arts Festival, which will comprise 21 live concerts, two dance performances, over a dozen local food and beverage trucks, new art installations, and a plethora of fun, workshops and outdoor children’s activities, September 6th 12:00 – 10:00pm. More than 2,000 people will gather to celebrate one of the final Festivals of the summer season. See below for complete program and ticket information.

What began as an uber-local seed of an idea back in 2007 has blossomed into a must-see regional event. “Take Me to the River Festival continues to attract a growing, enthusiastic audience each year,” explains Lizabeth Sipes-Liebeskind, Director of 12 Miles North and Producer of the Festival. “The events produced by 12 Miles North bring such a level of creative genius that people keep coming back for more,” says Carl Carvalho, President, Hastings-on-Hudson Chamber of Commerce. “12 Miles North knows how to bring a community together and touch people deeply. They have almost single handedly brought vitality and excitement back into our village!”

Whether you come for the live music, ice cream, or yoga workshops, the Festival has something for everyone. Sophisticated music lovers come to hear Grammy award-winning artists alongside bands right on the brink of stardom. The full concert line-up is divided into two performance stages: the Lunar Stage (dedicated to national acts); and the Solar Stage (dedicated to localized bands). Diversified musical programming ranges from jazz/blues (John Patitucci Trio, Duke Robillard Band), and country/bluegrass (The Howlin’ Brothers!) to indie-rock (Outernational) and funk (High and Mighty Brass Band).

Dedicated to providing an eco-friendly environment, the Festival systematically minimizes its carbon footprint by utilizing a solar powered stage, supporting organic, local vendors, and educating Festivalgoers at its Practically Green booth. Even children are taught how to recycle at the Kids Funky Flea Recycling center. According to Sipes-Liebeskind, “It’s imperative that we have a positive social impact on our community.”

12 Miles North (12MN) is a progressive arts organization that supports and creates innovative and experimental art. All programming is site-specific and ranges from open- air festivals to individual performances, film screenings, music and art installations, plays, poetry workshops and educational opportunities. 12MN strives to produce honest work and keep programming affordable. 12MN supports artists of any age and any genre that stretch the imagination. Founded in 2009 by Lizabeth Sipes-Liebeskind, Niki Armacost and Barbara Prisament, the organization was created to produce a wide range of events and support the talent and creativity of the Hastings-on-Hudson community. Over the years, 12MN has partnered with many local artists as well as artists living as far away as Istanbul. For more information, visit 12milesnorth.org.

TAKE ME TO THE RIVER FESTIVAL

Musical traditions from African, Arab, American, Southeast Asian and Cuban cultures have informed Colette Michaan's music throughout her life. As flautist and vocalist, she’ll be leading her six-member ensemble performing works off of her forthcoming album Incarnate-Encarna to be released in September 2014. Michaan has performed with Youssou N’Dour in Senegal, Fathy Salama in Egypt, Toi Pinto in Cape Verde, Julio Cambara Palacio and the Cuban Express in Curacao, and recorded albums with Harry Whitaker, John Stubblefield, and Hubert Laws. colettemichaan.com

Veteran bassist-composer-bandleader John Patitucci (resident of Hastings) performs with his Trio featuring reedman Joe Lovano and drummer Brian Blade. One of the world’s most respected musicians and educators, Patitucci has played with some of music’s biggest names including B.B. King, Herbie Hancock, Wynton Marsalis, Wayne Shorter, Dizzy Gillespie, George Benson, and many others. A two-time Grammy award winner, he has been voted “Best Jazz Bassist” in the annual Readers’ Poll for Guitar Player and Bass Player Magazines seven times. johnpatitucci.com

Multi Blues Music Award winner and Grammy nominee Duke Robillard has been thrilling audiences worldwide for over three decades. From his conception of Roomful of Blues in 1967 to his current Duke Robillard Band, Duke continues touring today. The blues guitarist is at the peak of his six-string powers. Duke’s band includes Bruce Bears on piano/Hammond organ, Brad Hallen on acoustic/electric bass and Mark Teixeira on drums/percussion, augmented by a horn section of Doug Woolverton on trumpet and Bill Novick on clarinet. dukerobillard.com

Tony Trischka, a 2012 United States Artists Friends Fellow, is one of the most influential banjo players in the roots music world. In his 40 plus years as a consummate banjo artist, his stylings have inspired generations of bluegrass and acoustic musicians. His technical and conceptual advances opened the way for a generation of players and his recordings are part of every banjo-lovers musical reference. Double Banjo Bluegrass Spectacular (Rounder) won several IBMA (International Bluegrass Music Association) Awards including Banjo Player of the Year and was nominated for a Grammy Award. Territory (Smithsonian/Folkways) was named Best Americana Album at the Independent Music Awards. He produced Steve Martin’s Rare Bird Alert (Rounder), which features performances by Paul McCartney and the Dixie Chicks and is the musical director of the PBS documentary Give Me the Banjo. As one of the instrument's top teachers, he has created numerous instructional books, DVDs, CDs and the groundbreaking Tony Trischka School of Banjo (www.tonybanjo.com) that is the online banjo home for students from around the world. Tony’s latest album is Great Big World on Rounder Records. With contributions from his band, Steve Martin, Ramblin’ Jack Elliott and many other special guests, more remarkable music is on offer.

Tony will be appearing at Take Me To The River with guitar and vocal virtuoso and long time collaborator Michael Daves.

The Howlin’ Brothers! released their first nationally distributed album, HOWL - in March of 2012 and hit the ground running spreading their original blend of old-time country blues, bluegrass, heartache, and soul throughout North America. It was produced by indie-rocker Brendan Benson (of solo career and The Raconteurs fame) and earned a ton of critical acclaim (most of it siting the quality of the groups’ original songs and intelligent choices in covers). They released The Sun Studio Session - EP in October and their segment on The Sun Sessions (PBS) is now airing throughout the country through January of next year (in over 100 markets). Their newest studio album, TROUBLE (also produced by Benson) was released in May and the tour this year will bring them to Europe for the first time (Oct/Nov). The guys bring such a natural joy & a quality of musicianship to their performances that yes, there will be dancin'.

Since forming in late 2009, the five-piece outfit, comprised of William Dobies, Jimmy Dukenfield, Dan Weirauch, Zac Dukenfield and Chuck Knott, has been entertaining fans in the greater Philadelphia region and beyond. With sincere lyrics characteristic of Americana folk combined with the intense melodies of Indie-Rock, New Sweden’s sound is a distinct and complex fusion of raw emotion wrapped up and presented in an artful array of musical flair. Showcased at Firefly Music Festival and NON-COMMvention and voted best band in Delaware for three consecutive years at the Tri-State Indie Music Awards, they've been described by WXPN’s John Vetesse as “an instantly like-able blend: a little bit of Bright Eyes, a little bit of The Avett Brothers, a little bit of The Clash.”

With a series of upcoming live shows, the band is eager to introduce audiences to their latest material from their new EP Fabric Room, produced by Bill Moriarty (Dr. Dog, Hoots & Hellmouth, Man Man).

Reptar is comprised of Graham Ulicny (singer-guitarist), Andrew McFarland (drums), Ryan Engelberger (Bass), and William Kennedy (analog keyboards). The group’s sonic wanderlust extends from African Music to post-punk to psych-pop and converges joyously in songs such as “Blastoff" and “Rainbounce," and it's won them high fives from NPR and NME alike.

“Channeling the radical stance and the disregard for stylistic parameters that were a hallmark of The Class, New York City’s Outernational is hellbent on restoring righteous indignation to rock and roll.” – The New Yorker According to Rolling Stone, Outernational “is an uncompromisingly, politically revolutionary band.”

Co-mingling band members from New Orleans, NYC, and a host of other cities across the globe, this dynamic krewe has the unique ability to combine classic New Orleans Funk andR&B with more modern Afro-Beat and Hip Hop influences. Legends such as Dr. John, Rebirth Brass Band, and Trombone Shorty have chosen them to share the stage.

Caleb, 16 year old recording artist/guitarist from NY, writes his own music in a style you'll find alluring and unique. His song, More Time, recorded by famed Jonas Brothers Producer, PJ Bianco, has won international acclaim and is a favorite among young and old alike. With compelling lyrics and a catchy sound, you're sure to find yourself humming it for days after listening.

Formed high up on a hill in Dobbs Ferry, NY in 2007, Greetings From Anywhere mashes folk, blues, bluegrass and country into a unique roots-rock hybrid, performing with the gritty, impromptu abandon of a good-old-time garage band. Veterans of the NYC and Hudson Valley pub and festival circuit, GFA features a wide array of original compositions alongside choice reinterpreted feel-good covers.

RiverArts is a Westchester-based non-profit organization that supports the abundance of Art and Artists in the Rivertowns and produces a wide range of high quality cultural events and educational programs that enrich our quality of life. The Jazz Ensemble is made up of local children.

New Madrid is a three-headed monster. Their music and lyrics are an amalgamation of rock culture and South American idioms, a blending of languages and rhythms. Based in Brooklyn, fully formed in 2009, New Madrid is: Axel Ito (lead vocals, drums), Anthony Formichella (bass), and Erik Barragan (guitar). In their sound the influence of Andes and Caribbean rhythms lends the contemporary American and British Rock/Alternative genre a much-needed diversity.

Their songs are an overdriven manifesto written in biting lyrics, pounding ferocity and vibrant harmony that expands far beyond the 3-chord rock norm, but often reverts back to it in all of its ragged jangling glory. Formed in the heart of NY's Hudson Valley, the band met while in college and came together after singer/guitarist Ryan MacLean, bassist Dan Vernam, then drummer Lucas Henry and bassist/guitarist Quinn Murphy. The band's debut EP was recorded at Rhinebeck NYs Clubhouse Studios.

Started in 2008, this young rock band comes from Edwardsville, Illinois, is made up of 16 to 19 year olds playing everything from the 50s to current day rock.

All Music Guide calls him “…an artist to be reckoned with.” A seasoned recording artist, multi-instrumentalist, eternal idealist and compassionate peace loving realist, Hastings- on-Hudson, NY based Matt Turk is a veteran performer who has engaged audiences around the world, both as a rocking bandleader and an acoustic folk troubadour. He has shared the stage with Pete Seeger and opened for Judy Collins, The Doobie Brothers, Fiona Apple, The Grateful Dead’s Mickey Hart and more.