Keeping the Flame Burning for a Beloved Queen of Salsa 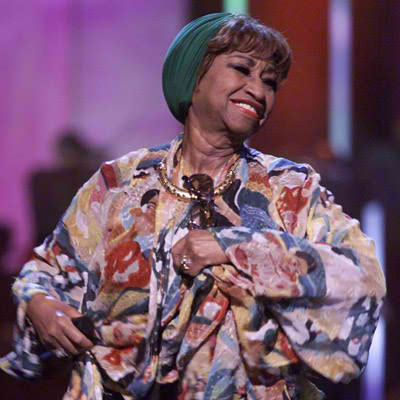 slideshow
Celia Cruzs mausoleum at Woodlawn Cemetery in the Bronx looks downright homey. Colorful plants flank a modest walkway, and clear side windows let visitors peer inside, where family photos, a rosary and a Cuban flag rest atop the singers tomb, along with a framed magazine clipping about The 10 Unbelievable Wigs of Celia Cruz.

While titans of industry and government spend eternity hidden behind thick granite walls, theres a reason her final resting place is so inviting.

The Queen of Salsa is still holding court.

It was specifically designed so the fans can look in, said Susan Olsen, the historian for the cemetery. Someone comes in on a regular basis, cleans it out and changes the photos so theres always something for the fans to see. It was totally thought out.

Ms. Cruz, who died in 2003, is entombed there along with her husband, Pedro Knight, who died in 2007. Apart from the pictures of the couple, there is also a portrait of Ms. Cruz in a flowing gown at the Grammy Awards, as well as a portrait of her probably dating back to her days as a young singer with La Sonora Matancera. The rear wall is decorated with a stained-glass window depicting Cubas patroness, La Caridad del Cobre.