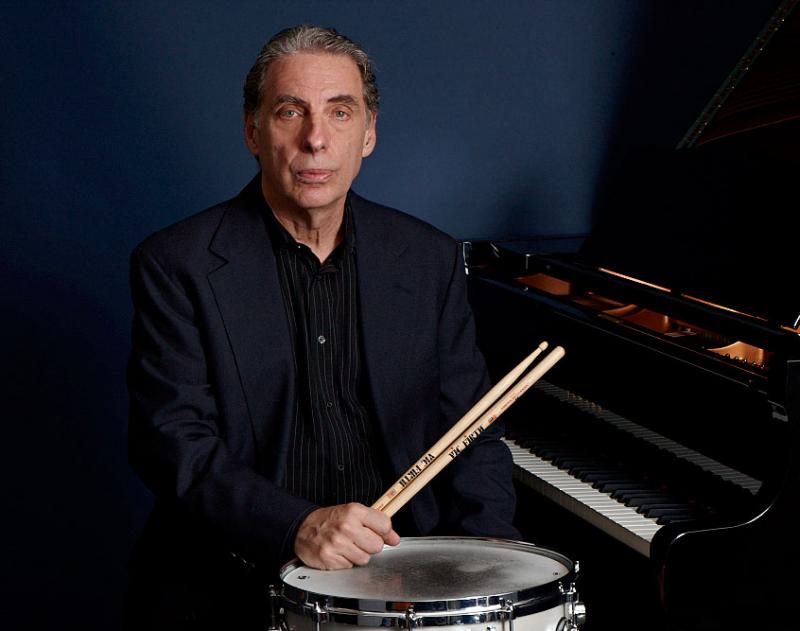 New York, NY – When two of the best musicians on the planet decide to combine their estimable talents to create a band without boundaries, the result is the WOLFF & CLARK EXPEDITION. Dizzy Gillespie famously said that jazz must have “one foot in the past and one in the future.” With the Wolff & Clark Expedition, the music embraces the past, ventures into the future, but remains rooted in the improvisatory present. After several high profile performances in 2012, jazz legends Michael Wolff and Mike Clark, the Wolff & Clark Expedition, are preparing to release their self-titled debut album in February 2013. Performing with creative bassist Chip Jackson, the Expedition's initial outing aims for uncharted, compelling musical territories while still entertaining a wide audience of astute listeners.

From The Beatles to Zawinul, Wolff & Clark navigate a disparate set of beguiling material. They commune with “Come Together," determine “What Is This Thing Called Love," before showing no “Mercy, Mercy, Mercy." Wolff's beautiful composition in 7/4, “ARP," precedes a burning “Flat Out," rout. By the time Horace Silver's “Song For My Father" is proffered, listeners will realize this is not their fathers' jazz trio. This is something very new, quite different...This is exciting, sublime but accessible music.

The sizzling “Is There A Jackson...?" leads to Wolff's soulful intro to Brother Nat's “Hummin'." After church, the trio tears up Gamble and Huff's “For The Love Of Money" before winding down with the gorgeous ballad “Elise," Michael's homage to his late Mom.

Expedition: A journey undertaken by a group of people with a definite objective; or the group undertaking such a journey. So it is with the fearless, tuneful negotiations of the Wolff and Clark Expedition. Although the name may recall other explorers from another era, Wolff and Clark are thoroughly modern: They blaze musical trails, fresh and fertile, with sounds not previously heard.

Says Wolff & Clark, “We have been playing together for many years – We share the same vision, energy and excitement for jazz music, for improvisation. The musical goal of The Expedition is to utilize well- known tunes in addition to intriguing originals and to deconstruct them, then reconstruct them as vehicles for self-expression. We believe it is time to bring modern sensibilities and styles of playing (and writing) to music that comes from the Blues and the roots of Jazz to create fresh rhythmic and harmonic/melodic adventures.”

“The Wolff & Clark Expedition is what happens when great musicians come together and mean business, but sound like they're having fun doing it!” - Vinnie Colaiuta

Performing together since the 1970's, both Wolff and Clark have each had stellar music careers. Michael Wolff is an internationally acclaimed pianist, composer and bandleader, and is best known for his melodically fresh and rhythmically compelling piano style. Wolff made his recording debut in 1972 with Cal Tjader, and went on to record with Cannonball Adderley, Nancy Wilson, Sonny Rollins, Tony Williams, Christian McBride and many others. As pianist and music director for jazz singer Nancy Wilson, Michael wrote orchestral arrangements and conducted more than twenty-five major symphony orchestras worldwide. From 1989 to 1994, Michael served as the bandleader for the Aresenio Hall Show, which heightened his visibility and gave him the opportunity to perform with many established artists such as Ray Charles, Phil Collins, Whitney Houston, Patti LaBelle, Wayne Shorter, Herbie Hancock and saxophonist/President Bill Clinton. Michael Wolff has released twelve critically acclaimed solo albums as a leader, 'Joe's Strut' being the most recent. He was a recipient of the BMI Music Award for television composition and was also the winner of the Gold Disk Award in Japan for piano. On Feb 23, 2012 Michael performed a solo piano concert at the University of Toledo, in Toledo, Ohio, as part of their Art Tatum solo piano concert.

Says Wolff & Clark, “Together, we have years of combined experience playing with many of the greatest jazz artists of all time, so we share an innate understanding as to how to play at a consistently very high level, with a mutual feel for improvised music. Since we both spent time in the Bay Area, and since we've been friends and band mates for many years, The Expedition is a natural result of our shared, cumulative experiences.”

“It's a joy to hear musicians with so much experience approach the music with such great passion.” - Fred Hersch

Together they bring a combination of swing and groove to a unique deconstructive take on classic jazz, popular standards, and original compositions that creates a freedom in the sound to electrify listeners and audiences worldwide. With their collective vast experience, Wolff and Clark can play with anyone, anywhere, always defying boundaries of genre, mingling and mixing with a kaleidoscope of changing players, keeping the music interesting and dynamic. As such, they are excited to present their VIP (Very Impressive Players) List: Dependent upon the gig, they invite one or several musicians from a roster of colleagues to join them - Jeff Berlin, Larry Coryell, Steve Wilson, James Genus, Christian McBride, Donald Harrison, Randy Brecker, Wallace Roney, Tom Harrell, Alex Foster, Lenny Pickett, Seamus Blake and others constitute explorers willing to join the Expedition's adventures.

Wolff & Clark states, “We strive to take all listeners on unparalleled musical journeys, to unexplored sonic realms. W&C adheres to past musical traditions while pushing the envelope further into the future. We hope to bring great improvised music to as many intrepid listeners as possible; we know that Jazz can be highly entertaining! So hold on tight and join the Expedition...!”

On this expedition, the possibilities are limitless.

The Wolff & Clark Expedition CD can be purchased at Amazon.com, iTunes, and at most music stores.