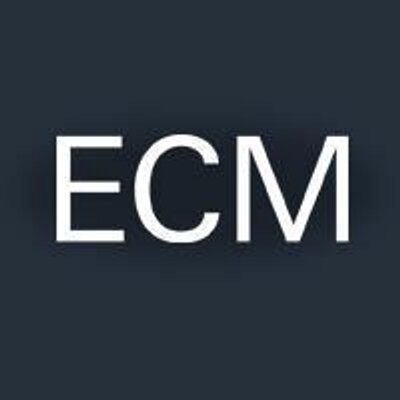 Deutsche Grammophon, UMG’s prestigious Yellow Label will be responsible for international digital distribution of the extensive ECM catalogue, the launch will be accompanied by a wide-ranging campaign in conjunction with the highly-engaged participating streaming partners.

ECM and UMG have also agreed a long-term extension of their partnership in physical distribution, expanding into Australia as an additional territory moving forward.

Clemens Trautmann, President of Deutsche Grammophon said: “I would like to thank Manfred Eicher for placing his trust in Universal Music Group and Deutsche Grammophon. Myself, my team and my colleagues around the world are delighted to work on bringing the precious ECM catalogue to digital platforms. We want to place our distribution capabilities fully at the disposal of ECM and its great artists and in doing so, benefit from each other's experiences and generate synergies with the portfolio of Deutsche Grammophon."

Frank Briegmann, President & CEO Central Europe Universal Music and Deutsche Grammophon: “I am delighted by this strengthened co-operation, our collaboration shows how a world-renowned genre label and a global major can respect and complement each other perfectly. Manfred Eicher’s decades long emphasis on outstanding artists and exemplary production has created a legendary catalogue in the truest sense of the word. We are proud to provide them with access to our international structure and team of experts.”

Over the past week we have begun the process of entering streaming, and from November 17th, the full ECM catalogue will be available to subscribers to services including Apple Music, Amazon, Spotify, Deezer, Tidal and Qobuz. This simultaneous launch across the platforms – facilitated by a new digital distribution agreement with Universal Music – invites listeners to explore the wide range of music recorded by our artists in the course of nearly five decades of independent production.

Although ECM’s preferred mediums remain the CD and LP, the first priority is that the music should be heard. The physical catalogue and the original authorship are the crucial references for us: the complete ECM album with its artistic signature, best possible sound quality, sequence and dramaturgy intact, telling its story from beginning to end.

In recent years, ECM and the musicians have had to face unauthorized streaming of recordings via video-sharing sites, plus piracy, bootlegs, and a proliferation of illegal download sites. It was important to make the catalogue accessible within a framework where copyrights are respected.

In the course of its nearly fifty-year history ECM records has established a reputation as one of the most imaginative and creative independent labels. For many listeners- as The Village Voice once pointed out- ECM has become “more like a genre than a label”, albeit a genre informed by music from the most diverse sources. The consistently high quality of ECM’s productions is legendary and the music and its accompanying artwork have been the subjects of books, films and exhibitions around the world.

ECM New Series was launched in 1984 to introduce Arvo Pärt’s quietly revolutionary Tabula Rasa album. The New Series has since become a broad platform for a spectrum of composition from the pre-baroque era to the present day. Eicher, active as a producer for both ECM streams, has won numerous awards as Classical Producer of the Year and as Jazz Producer of the Year, and ECM has also collected international prizes across the categories.

One of ECM’s achievements has been to bring together players from different musical worlds, with striking results. Keith Jarrett and Gidon Kremer collaborated on what remains the definitive reading of Pärt’s Fratres. The pairing of saxophonist Jan Garbarek and the Hilliard Ensemble on Officium proved both an artistic and popular success and led to twenty years of touring together. Other transcultural collaborations include the 2017 meeting between Tunisian oud player Anouar Brahem and jazz musicians Dave Holland, Jack DeJohnette and Django Bates on Blue Maqams.