Gabor Szabo: All About Jazz Playlist 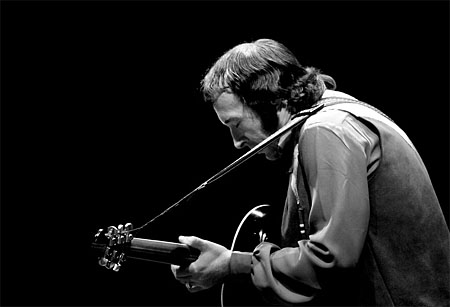 slideshow
All About Jazz's My iTunes Playlists are designed to help music lovers compile their own “best of" iPod playlists or CDR compilations. Here is the playlist I constructed to help introduce new listeners to what I consider to be the best of Gabor Szabo's readily available recordings.

Guitarist Gabor Szabo (1936-82) made a big noise in the early 1960s as part of Chico Hamilton's quintet. Szabo, who had one of the most unique sounds in jazz, later went on to play in Charles Lloyd's first quartet and as part of Gary McFarland's group before making a splash on his own. He became especially famed when Carlos Santana covered his “Gypsy Queen" to great acclaim in 1970. These are some of his finest performances.

The original playlist can be found at All About Jazz. My comprehensive Gabor Szabo web site can be found here.

I feel some need to defend my choices as being superb examples of Gabor Szabo's immaculately iconoclastic playing under his own name. I have always been surprised that others don't hear his magnificently musical thinking on such pieces as “Cheetah," “Ferris Wheel," “My Mood Is You" and “Fingers." There are certainly other examples under the leadership of others. And there are even more great pieces on Szabo's undervalued catalog, much of which remains out of print and unavailable.

But this is a good place to start any appreciation of the great guitarist Gabor Szabo.