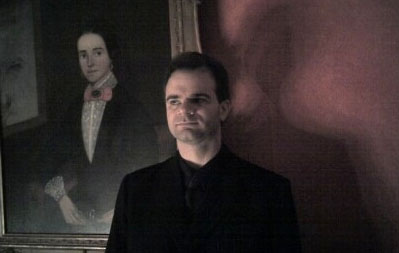 slideshow
This recording represents a year of watching and re-watching exclusively the films of George A. Romero.

Having been familiar with most of his work from an early age (a local video store let me rent Creepshow when I was 9), I became re-obsessed with Romero's work in 2005 when I discovered the director's commentary track to Day of the Dead. The insights provided by Mr. Romero and Mr. Savini illuminated central characteristics of Mr. Romero's work; the appetite necessary when undertaking of a piece of art, the joy of independent creativity, the ability to be central to a project while allowing for other individuals to fill in essential elements of it's structure, flying without a net, and the fearless spirit and joy in this process. These seemed as important in the end as the work itself.

This fundamental focus on process drew an immediate parallel to personal musical influences, whose process was often as essential and provocative as the music itself.

Furthermore, the beauty and depth of Mr. Romero's work in his Living Dead films were the direct inspiration for this music. In Romero's world, zombie's are not the main characters in the films, but the backdrop for the true horror of his stories; Man's inability to work with one another despite an apocalyptic crisis, and the ugliness of the human condition in the face of his own demise. The terror is the transformation displayed of the few moral characters in the films, the ones that still display the dimming light of humanity's promise in the midst of a ravenous community of jackals. Indeed, by the later films the undead we're becoming recognizable as more human than their non flesh-eating counterparts.

The visceral elements of the genre, the profanity and virtuosic goregasms supplied by Tom Savini were but the relief and the respite for the viewer of these tales. Stories where destructive impulses, ignorance, and mistrust are manifested in the slow ever-present ghouls, and even more so in the evils of those not yet devoured. The undead do not need to run in this place where even helicopters cannot fly you far enough away to a to find a happy ending.