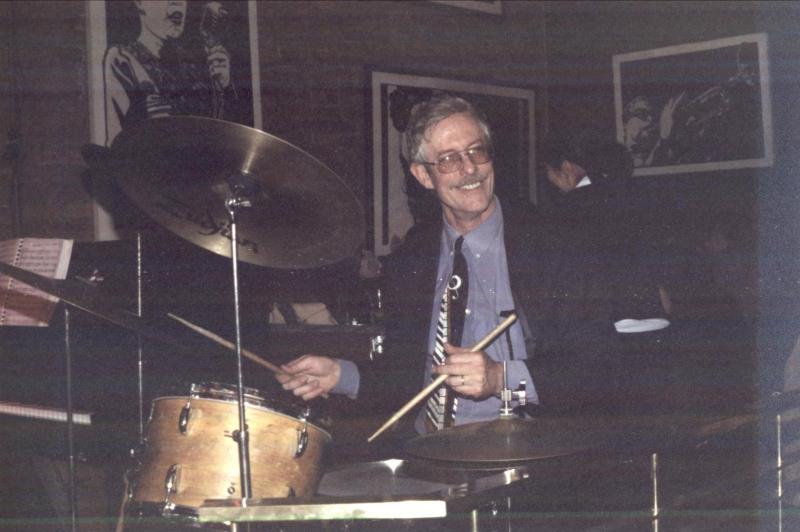 Art Lillard is a musician with many gifts. In each of his musical roles--drummer, composer, arranger and bandleader--he shares with us his unique and refreshing contribution to our musical culture. He has been leading his own jazz big-band, Art Lillard's Heavenly Band, since 1987, playing in many New York area nightclubs and concert spaces. In 1995 he produced “First Flight," a recording of this 16- piece band with vocals, featuring ten of his own compositions. The band's first compact disc recording, “Reasons to be Thankful," another vibrant compilation of originals, was released on the Summit label in 2006. The Heavenly Band enjoys a special relationship with Brooklyn's Spoke the Hub Dancing, regularly providing live dance music for its community events. The band's repertoire consists almost entirely of original compositions and arrangements, with styles including bebop, Latin jazz, blues, and numbers which defy category altogether. Whatever the style, the music swings.

A professional drummer since 1970, Art has had a rich performing career, leading and co-leading several smaller jazz ensembles, and as a sideman in groups of various musical genres, including jazz, country & western, cabaret, rock, and show music. He has recorded with swing/blues band Groovalaya ("Groovalaya '92"), with vocalist Cleve Douglass ("Duke Ellington Boulevard"), and with flutist Jan Leder ("Passage to Freedom" on Monad Records and “Nonchalant" on A-Records). He performed at the Greenwich Village jazz Festival in 1983 with the Amy Duncan Trio (at the Blue Note), at Finland's Pori Jazz Festival in 1993 with the New York All-Stars, and at the Hunter Mountain Festival with Slicker, a country & western group, in 1993, '94 and '95. During the 1990's he also played at the Hudson Riverfest in Yonkers with his Heavenly Band, with the Dixieland band the 9th Street Stompers, and several times with the Jan Leder Quartet. In 1998, Art's seven-piece swing band, Blue Heaven, appeared on international television, playing original compositions on two episodes of CBS's “Guiding Light" series.

Art's theater background includes productions by the Amas Repertory Theater under the leadership of the late Rosetta Lenoire and several years with the Theater for the New City. In 1992 and '94 he toured Europe with the Broadway show “Ain't Misbehavin,'" including performances at the Umbria Jazz Festival in Italy and the Pori Festival in Finland, and in 1995, '96 and '98 he toured Europe and South America with an original production of “Phantom of the Opera."

Art has written hundreds of compositions in a wide range of musical genres. Regularly commissioned by performers, producers and other composers to arrange music for vocalists and instrumental groups, his works have been recorded on CD by vibraphonist Gust Tsilis ("Sequestered Days" on Enja Records), vocalist Larry Browne ("Larry Browne Sings Swing Bean"), saxophonist Claire Daly ("Heaven Help Us All" on Daly Bread Records), flutist Jan Leder (as noted above), and the band Groovalaya (as noted above). He also wrote and scored the soundtrack for a film, The Wannabees. Two of his compositions can be heard on a “Jackass" DVD produced by MTV.

A native of Florida, where his musical studies began, Lillard relocated to Boston to study at the Berklee College of Music. There he earned merit scholarships, a Faculty Association Award for Performance, and, in 1981, his bachelor's degree in jazz composition and arranging. In addition, he studied privately with drummer Joe Hunt, jazz educator/composer Karl Berger, classical composer/conductor Michael Rosenzweig, Brazilian percussionist Portinho, the late Tom Boras of New York University's Jazz Department, and acclaimed big-band leaders/composers Maria Schneider and Kenny Werner. He studied advanced harmony, counterpoint and arranging with respected music educator Paul Caputo. Art is also a respected teacher and mentor of many years to his own students.