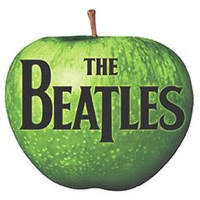 slideshow
This piece takes an in-depth look at the creation and history behind The Beatles' Apple Music, a company which was in many ways the industry's first artist backed startup.

Guest post by Barry Miles, excerpted from The Zapple Diaries: The Rise and Fall of the Last Beatles Label

The Beatles’ Apple Music was created in 1967 to bring the band’s enterprises together for tax purposes, so that instead of paying nineteen and sixpence in the pound the Beatles paid only sixteen shillings (there were twenty shillings in the pound). The label’s original directors were Clive Epstein, Alistair Taylor, Geoffrey Ellis, a solicitor and an accountant, and the idea was that they would quietly announce to the tax authorities that they would be opening a string of shops.

Alistair Taylor told American author Geoffrey Giuliano: “That was the original idea and when the boys heard about this they decided this could be boring, they didn’t really want their name above a string of shops. The original idea was greeting cards. Imagine Beatles greeting cards shops! They didn’t like that at all. Gradually they started drifting in on meetings and Apple Corps really evolved from there. Later it turned into this silly philosophy.”

Clive Epstein or some other such business freak came up to us and said you’ve got to spend so much money, or the tax will take you. We were thinking of opening a chain of retail clothes shops or some barmy thing like that… and we were all thinking that if we are going to open a shop, let’s open something we’re interested in, and we went through all these different ideas about this, that and the other. Paul had a nice idea about open­ing up white houses, where we would sell white china and things like that, everything white, because you can never get anything white, you know, which was pretty groovy, and it didn’t end up with that, it ended up with Apple and all this junk and The Fool [a Dutch design collective] and all those stupid clothes and all that.

Clive Epstein, Brian’s brother, worked in the financial administration side of the New End Music Stores (NEMS), Epstein’s management company, and set to work. On April 19, 1967 the Beatles became a legal partnership sharing all of their income, whether from group, live or solo work (except songwriting). The Beatles and Co. Ltd was created to bind them together legally for ten years on a goodwill share issue of £1 million. The first anyone in the public would have known of it was on May 19, 1967, with the launch of Sgt Pepper’s Lonely Hearts Club Band, which had a discreet green apple on the back sleeve. On November 17, The Beatles Ltd changed its name to Apple Music Ltd, and Apple Music Ltd became The Beatles Ltd.

With Apple Music up and running, they began signing up artists. Grapefruit was the first, and John and Paul attended their first recording session, held at IBC Studios on Portland Place, on November 24, 1967. Yet the band wasn’t actually signed until December 11. John named them Grapefruit after the book of the same name given to him by Yoko two months earlier. Most of the group were former members of Tony Rivers and the Castaways, one of Brian Epstein’s groups.

Rather than the proposed chain of card shops, the Beatles instead opted to open a clothes boutique, to be run by The Fool—three Dutch designers and an English publicist, who were anything but fools. Paul was having a fling with one of them. The shop opened on December 7, 1967 and closed seven months later on July 31, the Beatles having decided that they did not want to be involved with the rag trade. The Beatles and their staff and friends helped themselves to the clothes, then the public were let in to take anything they wanted for free — one item each.

Apple’s first office was above the boutique, then shortly afterwards they moved to more permanent, although still temporary, offices at 95 Wigmore Street on January 22. The choice of Marylebone as a location was Paul McCartney’s: he knew the area well from living for several years in Wimpole Street in the house of his then girlfriend Jane Asher. Apple’s appointed A&R man, Peter Asher, also lived there in Weymouth Street, so it was convenient for both of them.

On January 12, 1968 Apple Music Ltd, which had been in business since June 1963 as The Beatles Ltd, changed its name yet again, this time to Apple Corps Ltd, and The Beatles Film Productions Ltd changed its name to Apple Films Ltd. Apple Corps in turn controlled dozens of new companies: Apple Records Ltd, Apple Films Ltd, Apple Music Publishing Ltd and Apple Electronics Ltd; soon to be joined by Apple Wholesale Ltd, Apple Retail Ltd, Apple Television Ltd, Apple Publicity Ltd and more. The Apple School never got off the ground; it would have been run by Ivan Vaughan, an old friend who first introduced John and Paul to each other.

Neil Aspinall spent weeks incorporating these companies and registering them as trademarks in every country in the world where it was possible to do so. This paid off in spades when Apple Computers launched the iPod and moved into music distribution. A series of lawsuits netted the Beatles many millions for copyright infringement.

A record company needs a logo, and so Neil Aspinall, now managing director of Apple Corps Ltd, contacted Gene Mahon. He was the graphic designer from Dublin who had worked on the Sgt Pepper cover, laying out the back sleeve which contains the lyrics, marking the first time anyone had ever printed the lyrics on an album sleeve; usually you had to buy them from a sheet-music publisher. Neil told Gene that he needed a photograph of an apple to use on the centre label of Apple records. Gene immediately had the brilliant idea of using a photograph of an apple on the A-side of the record, with no writing or information, and on the B-side using a photograph of an apple sliced in half, to give a white background to all the relevant label copy for both sides. The left-hand side of the apple would be headed ‘This Side’ with the title of the track, the artist, the running time, the publishing and copyright information; the right-hand side would be headed ‘Other Side’ and would give the same information for the A-side.

Gene commissioned Paul Castell to photograph a series of apples: red apples, green apples and sliced apples against different-colored backgrounds. Two days later they had an assortment of 2¼-inch transparencies of apples against red, blue, black, green and yellow backdrops. Gene selected the two he thought were the best but included the others for consideration.

It turned out that it was a legal requirement for copyright to list the contents on both sides of the record, so that idea was out. Meetings were held and slides of various apples were projected on to office walls. Batches of eight-inch by ten-inch color prints were made, six at a time, one for each Beatle and one each for Neil Aspinall and Ron Kass, the head of Apple Records. Eventually they decided upon a nice shiny green Granny Smith on a black background. Alan Aldridge, former chief designer for Penguin Books who was to publish The Beatles Illustrated Lyrics, was brought in to draw the copyright lettering that surrounds the outer perimeter of each record. The finished artwork was sent to New York where the dye transfers were made from which all the labels would be printed. It had taken six months.

The Beatles had encountered strong opposition to the sleeve of Sgt Pepperfrom EMI — on the grounds of cost — and felt that EMI were out of touch with them and with the youth record market. Apple was seen as a way of controlling their own “brand” as it would now be called. All along they had wanted to release more controversial and experimental material — John and Yoko’s Two Virgins being the best example, which EMI had refused point-blank to distribute. Soon after, the Zapple division was created specifically to do this.

Excerpted from The Zapple Diaries: The Rise and Fall of the Last Beatles Label, published by ABRAMS Books on September 27, 2016. Copyright 2016 Barry Miles.

Available for purchase at