SOURCE: SOMETHING ELSE!
February 13, 2011
Sign in to view read count 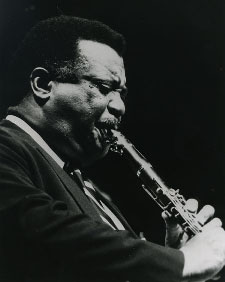 People think of clarinets as this sound from a different era, and the guys who play them as having done so in black and white.

The late Alvin Batiste, who initially found his muse in Charlie Parker's “Now's the Time," was never that way. His isn't a same-ole, same-ole southland sound so much as a retro-fitted bebop update, with period instruments. Later, he dove into Sonny Stitt&#151and Batiste told me, a few years before his untimely passing, that he never emerged.

Stitt's playing, Batiste said that day, allowed him to recognize his own “intuitive consciousness." That Batiste did it in New Orleans, his home but also the birthplace of Dixieland's anachronistic tourist-trap deathlessness, was all the more remarkable.

Batiste—not a household name, but deeply admired among musicians—lived as he died, passing on even as he prepared for a show at 2007's Jazz Fest, but not before recording one last blast of definitive music as part of the Marsalis Music Honors Series on Rounder Records.

Batiste could speak with passion about how rag eventually fit together with blues in the Big Easy to make modern jazz, but he never agreed to stop there. Not in conversation, and not in his music.