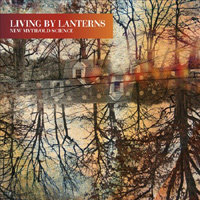 First premiered live at the 2011 Chicago Jazz Festival, the material presented on the studio recording New Myth/Old Science was originally commissioned by Experimental Sound Studio. As one of the Windy City's most prominent scene leaders, drummer Mike Reed was given unprecedented access to audition over 700 hours of tape from Sun Ra's El Saturn Audio Archive. Reed subsequently chose a rehearsal tape labeled "NY 1961" for his Loose Assembly quintet to work from. The reel documents Ra, tenor saxophonist John Gilmore and bassist Ronnie Boykins running through a series of rough sketches. Loose Assembly vibraphonist Jason Adasiewicz transposed these skeletal themes into full-bodied arrangements for the quintet, which grew into an all-star nonet over the course of the project.

Other than a few brief introductory verses of his extraterrestrial poetry, the proceedings never directly reference Sun Ra's mystical oeuvre. Although Adasiewicz's reverberating mallet work and Bynum's vocalized exhortations on the rhapsodic "Think Tank" find stylistic accord with Ra's expressive aesthetic, Halvorson's metallic opening salvo is unlike anything in the legendary bandleader's discography—though it embodies an equally experimental spirit. The same could be said for Reid's lissome arco on the exotica tinged travelogue "Shadow Boxers Delight," while the brisk scuffle between Ward's sinuous alto and Laubrock's bristling tenor on the frenetic swinger "2000 West Erie" draws obvious inspiration from the same deep well of jazz history favored by Herman "Sonny" Blount.

The final half of the record ebbs and flows like an extended suite; the angular bop motifs of "Forget B" highlight Adasiewicz and Laubrock's unfettered verve, segueing into the incandescent pointillism of "Grow Lights," which is dominated by Abrams' lyrical bass. The dramatic finale "Old Science" pits Halvorson's spidery fretwork against Reid's serrated double-stops before culminating in a climactic excursion from Ward's trenchant alto that illuminates the potential of future endeavors—subtly inspired by past accomplishments.

About Living By Lanterns