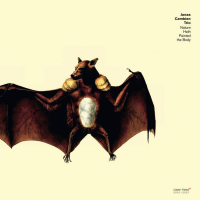 On its third outing, Norwegian-based Belgian pianist Jonas Cambien's Trio again sticks to the successful gambits which distinguished A Zoology of the Future (Clean Feed, 2016) and We Must Mustn't We (Clean Feed, 2018), but with enough novel switcheroos to keep things fresh. Joining the leader once more is reedman Andre Roligheten (also a member of Friends & Neighbors and drummer Gard Nilssen's Acoustic Unity) and drummer Andreas Wildhagen (also heard with fellow percussion maven Paal Nilssen-Love's Large Unit and the Jon Rune Strøm Quintet). While the impact can't match the surprise of the first album, the distinctive amalgam of jazz with improv, minimalism, chamber and folk influences remains as potent as ever.

All the compositions originate with Cambien, but the arrangements are credited to the group, and that might explain the aplomb with which they seamlessly navigate the unexpected plot twists. Wildhagen proves a master of idiosyncratic timbres and out-of-whack-beats to counterpoint the dizzying unisons between Cambien and Roligheten. There's often barely time to register one combination before they launch the next. Thriving on juxtaposition, the overall affect is disorientating and intoxicating in equal measure. While most of the shorter cuts (only two exceed five minutes) major on atmosphere and feel, there's nonetheless space for individual expression integrated into the fabric.

That's especially the case on the lengthier numbers. "Freeze" passes in a welter of contrasts as sparse piano droplets, tenor multiphonics and percussion washes give way to forthright annunciatory fanfares and sudden drum breaks, while "1 000 000 Happy Locusts" stands out for the mix of quick changing patterns and loosely improvised interludes which still manage to reference the notated material. Brief pauses between and within tracks create a suite like vibe, enhanced by the varying textures, courtesy of Roligheten's reed armory and Cambien's wielding of soprano saxophone and organ, to maintain diversity and interest.

There's even a pretty minor key melody to finish, as the band reprises "Helium" which also appeared in different form on its debut. While Roligheten does his best to subvert tunefulness with a wheezing saxophone squeal, he does eventually toe the line, by now on bass clarinet. But in an indicator of a credo which challenges expectations, Wildhagen embarks on a passage of percussive tapping which lasts just that bit longer than expected, before the piece builds to an anthemic finale which closes a terrific disc on a suitably entertaining note.