I was born in 1989, in a city south of Gothenburg called Mölndal. My father has been a professional musician during my whole life, and he inspired me to play music when I was young. I've seen photos of myself, as a small child, hitting my mothers pots and pans with wooden spoons in the kitchen, but it wasn't until my father showed me a video tape of the legendary jazz-drummer Buddy Rich that I knew I wanted to play the drums. Despite my fascination with the drums, I was very ambivalent when I was about start taking music lessons and got to choose what instrument to play. I struggled, for quite some time, deciding between the saxophone and the drums. At last, I choose the drums, and I've had a sort of turbulent relationship with all kinds of percussion instruments ever since.

I spent most of my teenage years trying to learn how to play like John Bonham of Led Zeppelin, but I also played classical and melodic percussion instruments like marimba and vibraphone. Eventually my “inner John Bonham” defeated the disciplined classical musician within, and I fell in love with jazz and improvised music. I've studied music, full time, for 9 years. I got my bachelors degree in improvised performance from the Academy of Music and Drama in Gothenburg in 2015 and has been freelancing since then.

I play in a number of groups and co-lead and compose for some of them. Over the past years I've spent most of my time working on music for my own group William Soovik Grand Finale.

“The songs thread through shifting dynamics, with some tracks fairly sprinting through the room, others almost motionless which adds to the magical mystery ride of the album which holds the attention throughout its approximately fifty three minutes of duration”.

“...This band mixes freely in the musical pot. The music is jumpy and syncopated, warm and jazzy, cooly avant garde and artsy and humourus

”The Gothenburgian drummer William Soovik's peculiar mix of free jazz, rock and melancholy is hardly calculated, but feels very genuine. And his band is exellent!”

“The songs thread through shifting dynamics, with some tracks fairly sprinting through the room, others almost motionless which adds to the magical mystery ride of the album which holds the attention throughout its approximately fifty three minutes of duration”.

“...This band mixes freely in the musical pot. The music is jumpy and syncopated, warm and jazzy, cooly avant garde and artsy and humourus. There are smooth, jazzy bass lines, syntpop gestures and free jazz tendencies but first and foremost: It's Water Boogie System in all their glory!”

“...To me though 'Year of Silver' is inventive, imaginative and pretty extraordinary, performed by evidently outstanding musicians, and the album is so full of complexities that it makes it interesting to listen to over and over”.

“...without exaggeration one of the most fascinating trumpet trios I've heard in years. What is even more to their credit is the use of their instruments, with little extended techniques, fully voiced trumpet and deep bass sounds and rustling percussion together creating an amazing listening experience. Highly recommendeed!”

“...Bone Machine dispays many of the same qualities as their predecessors, but allways with a personal twist and compared to a lot of modern, and not so modern jazz, the music never loses it's direction. Allways looking forward, in the search of new musical paths where playfullness and curiosity allways get the last word”.

“... The most characteristic is the fact that the melodys are allways flying in every possible direction. It´s this balance between restlessness and conflict, harmony and peace that clearly states that Bone Machine has found their own place in the allready well-populated land of modern chamber jazz. Somewhere between Atomic and Team Hegdal. Works for me!”.

I'd be super happy to meet and/or teach anyone who are interested in playing drums, or music in general. I've been working as a teacher in a couple of music schools, teaching roughly 50-70 students, beginner to advanced level. I can do lessons in person, via skype or zoom or just talk on the phone. I also give lessons in composing and arranging and ensemble-playing and improvisation. Get in touch with me if you're interested and we can set something up. I'm quite cheap and flexible with teaching times. 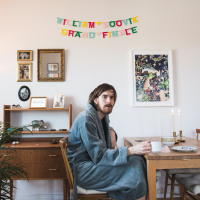 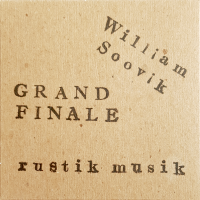 From: Major
By William Soovik

All About Jazz musician pages are maintained by musicians, publicists and trusted members like you. Interested? Tell us why you would like to improve the William Soovik musician page.