Vic Damone was an American traditional pop and big band singer, actor, radio and television presenter, and entertainer. He is best known for his performances of songs such as the number one hit "You're Breaking My Heart", and "On the Street Where You Live" (from My Fair Lady) and "My Heart Cries for You" which were both number four hits.

Damone was born Vito Rocco Farinola in Brooklyn, New York, to Rocco and Mamie (Damone) Farinola, Italian emigrants from Bari, Italy. His father was an electrician and his mother taught piano. His cousin was the actress and singer Doretta Morrow. Inspired by his favorite singer, Frank Sinatra, Damone began taking voice lessons. He sang in the choir at St. Finbar's Church in Bath Beach, Brooklyn, for Sunday Mass under organist Anthony Amorello.

When his father was injured at work, Damone had to drop out of high school. He worked as an usher and elevator operator in the Paramount Theater in Manhattan. He met Perry Como while at the Paramount Theater. Damone stopped the elevator between floors, sang for him, and asked his advice if he should continue voice lessons. Impressed, Como said, "Keep singing!" and referred him to a local bandleader. Vito Farinola decided to call himself Vic Damone, using his mother's maiden name.

Damone entered the talent search on Arthur Godfrey's Talent Scouts and won in April 1947. This led to his becoming a regular on Godfrey's show. He met Milton Berle at the studio and Berle got him work at two night clubs. By mid-1947, Damone had signed a contract with Mercury Records.

His first release, "I Have But One Heart", reached number seven on the Billboard chart. "You Do" (released November 1) reached the same peak. These were followed by a number of other hits. In 1948, he got his own weekly radio show, Saturday Night Serenade

He was booked into the Mocambo nightclub on the Sunset Strip in 1949, residing briefly at the Strip's famed Garden of Allah Hotel. In April 1949 he made his television debut on The Morey Amsterdam Show performing Cole Porter's "So in Love". In January 1950 he made his first of several guest appearances on Ed Sullivan's Toast of the Town, including a duet, the first of many, with the vocalist and future TV hostess Dinah Shore. Over the next thirty years he became a regular featured guest performer on every major variety series on network television. Among the programs on which he appeared are All Star Revue, Texaco Star Theatre with Milton Berle, The Arthur Murray Party, What's My Line?, The Jackie Gleason Show, The Steve Allen Show, The Perry Como Show, The Bell Telephone Hour, The Dinah Shore Chevy Show, The Garry Moore Show, I've Got a Secret, The Jack Paar Program, The Red Skelton Show, The Andy Williams Show, The Hollywood Palace, The Dean Martin Show, Hullabaloo, Mickie Finn's, The Danny Thomas Hour, The Jonathan Winters Show, The Carol Burnett Show, Della, The Tonight Show Starring Johnny Carson and several Bob Hope television specials.

In 1951, Damone appeared in two movies, The Strip, where he played himself, and Rich, Young and Pretty. From 1951 to 1953, he served in the United States Army, but before going into the service, he recorded a number of songs that were released during that time. He served with future Northwest Indiana radio personality Al Evans and country music star Johnny Cash. After leaving the service, he married the Italian actress Pier Angeli (Anna Maria Pierangeli), and in 1954, made two more movies, Deep in My Heart and Athena.

In 1955, Damone had one song on the charts, "Por Favor", which did not make it above number 73. However, he did have major roles in two movie musicals, Hit the Deck and Kismet. In early 1956, he moved from Mercury to Columbia Records, and had some success on that label with hits such as "On the Street Where You Live" (from My Fair Lady, his final pop top 10) and "An Affair to Remember" (from the movie of the same name). His six original albums on Columbia between 1957 and 1961 were That Towering Feeling, Angela Mia, Closer Than a Kiss, This Game of Love, On the Swingin' Side, and Young and Lively.

In 1961, he was released by Columbia. Moving over to Capitol Records, he filled the gap left by Frank Sinatra's leaving to help found Reprise Records. He lasted at Capitol only until 1965; however, he recorded some of his most highly regarded albums there, including two which made the Billboard chart, Linger Awhile with Vic Damone and The Lively Ones, the latter with arrangements by Billy May, who also arranged another of Damone's Capitol albums, Strange Enchantment. Other original Capitol albums included My Baby Loves to Swing, The Liveliest, and On the Street Where You Live.

Damone's other notable television work during this time included three guest appearances from 1963 to 1964 on CBS's The Judy Garland Show. He also guested on UK television, among other programs on The Tommy Cooper Hour Christmas special in 1974. In addition to his solo performances, Garland and he sang duet medleys of songs from Porgy and Bess, West Side Story and Kismet.

In 1965, Damone next moved to Warner Bros. Records with the albums You Were Only Fooling and Country Love Songs. On Warner Bros., he had one top 100 chart hit: "You Were Only Fooling (While I Was Falling In Love)". The next year, he switched record labels again, moving to RCA Victor and releasing the albums Stay with Me, Why Can't I Walk Away, On the South Side of Chicago, and The Damone Type of Thing. In 1967, Damone hosted The Dean Martin Summer Show, which was rerun in 1971. In 1969, he released his last US chart record, a cover of the 1966 song "To Make A Big Man Cry", which made the Billboard Easy Listening chart.

Also in 1965, he appeared on the Firestone album series, Your Favorite Christmas Music, Volume 4, singing "It Came Upon A Midnight Clear" and "Have Yourself A Merry Little Christmas". Later career

In 1971, Damone started playing Las Vegas casinos as a performer, and although he had to declare bankruptcy in the early 1970s, he earned enough as a casino performer to clear up his financial difficulties. He extended his geographical range, touring through the United States and the United Kingdom, and as a result of his popularity, decided to record some albums again for RCA. In the UK, he appeared on Tommy Cooper's Christmas Special television show in 1974.

In 1972, he was offered the role of Johnny Fontane in The Godfather. The role ultimately went to Al Martino, as Damone turned down the role for a variety of reasons, reportedly including his not thinking the role had enough screen time or paid enough, but also due to a fear of provoking the mob and Frank Sinatra, whom Damone profoundly respected.[6]

Damone appeared in a Diet Pepsi commercial first aired during Super Bowl XXV in January 1991. Damone and other stars, including Jerry Lewis, Tiny Tim, Charo and Bo Jackson, attempt to sing Diet Pepsi's theme song, "You've Got the Right One Baby (Uh-Huh)", which was performed by Ray Charles.

His final album was issued in 2002, with other albums being repackaged and re-released. In 2003, Vic decided to release some previously unreleased material and formed Vintage Records with his son, Perry Damone. He planned to release a 7 CD series called The Vic Damone Signature Collection, and in May 2003 released Volume 1, produced by Perry and Frank Sinclair. In May 2004, Vic released his second CD in the Signature Series, again produced by his Perry and Sinclair, and decided to limit the collection to the two CDs released. He recorded over 2,000 songs over his entire career. He garnered new fans following the 2002 launch of the Vic Damone website www.vicdamone.com, created by Perry and Sinclair, and ultimately managed by his son-in-law William "Bill" Karant.

One of his final public performances was on January 19, 2002, at the Raymond F. Kravis Center for the Performing Arts in Palm Beach, Florida. Damone suffered a stroke the same year and subsequently retired.[7] Damone did, however, step out of retirement on January 22, 2011, when he once again performed at the Kravis Performing Arts Center in Palm Beach, to a sold-out crowd. Damone dedicated this performance to his six grandchildren, who had never seen him perform.[8] Damone stated that "I don't need the money ... But, you know, my six grandkids have never seen me on stage. It will be the first time. I will introduce them. It's going to be exciting for me. Before I die, I want them to have heard me perform at least once".

In Brett Ratner's movie Money Talks, Chris Tucker's character sees a commercial about Vic Damone and then pretends to be Damone's son. At the time, Vic's real-life son, Perry, had some laughs about that "15 minutes of fame," and made mention of it on his midday radio show on Phoenix radio station KEZ.

In 2010, Damone called Canadian crooner Michael Bublé talented but "cocky" and criticized him for smoking and drinking "straight alcohol" after a show, believing that it would damage his vocal cords. Bublé responded by saying that he knew what he was doing, but promising that from now on he would always mix his alcohol with soda or orange juice.

In December 2, 2011, at the age of 83, Damone launched an official Facebook profile dedicated to his fans. In addition to posting recent photos, Damone wrote that besides spending time with his family, he spends his retirement enjoying golf and football. 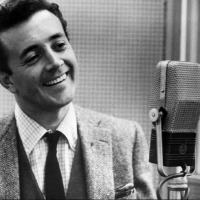 All About Jazz musician pages are maintained by musicians, publicists and trusted members like you. Interested? Tell us why you would like to improve the Vic Damone musician page.