The fourth of seven children, John Royce Mathis was born on September 30, 1935 in Gilmer, Texas to Clem and Mildred Mathis. As a small boy, the family moved to Post Street in San Francisco. It was there that he learned an appreciation of music from his father who taught him his first song, “My Blue Heaven”. At age eight, his father purchased an old upright piano for $25. When he brought it home, it wouldn't fit through the front door. So that evening, Johnny stayed up all night to watch his father dismantle the piano, get it into the small living room of their basement apartment and then reassemble it. Clem Mathis, who worked briefly as a musician back in Texas playing the piano and singing on stage, would continue to teach his son many songs and routines. Johnny had proven to be the most eager of the children to learn all about music. He sang in the church choir, school functions, community events, for visitors in their home as well as amateur shows in the San Francisco area.

Johnny was 13 years old when Clem took him to see Connie Cox, a Bay Area voice teacher, who agreed to take on the youngster in exchange for his doing odd jobs around her house. Johnny studied with Connie for six years learning vocal scales and exercises, voice production, classical and operatic skills.

At George Washington High School, Johnny was known not only for his singing ability but his athleticism as well. He became a star athlete on the track and field team as a high jumper and hurdler and played on the basketball team.

In 1954, Johnny enrolled at San Francisco State College with the intention of being an English and Physical Education teacher. While there, Johnny set a high jump record of 6’-5 1/2”. This is still on the College’s Top 15 list and was only two inches short of the Olympic record of the time. Just as when he was in high school, Johnny’s name was frequently mentioned in the sports sections of the Northern California newspapers. He was often referred to as “the best all-around athlete to come out of the San Francisco Bay Area”.

A fellow student whose sextet was working at the Black Hawk nightclub brought Johnny in for a Sunday afternoon jam session. It was at the Black Hawk that Helen Noga, co-owner of the club, first heard him sing. She decided that she wanted to manage his career.

In early September of 1955, Johnny landed a job singing weekends at Ann Dee’s 440 Club. After repeated attempts, Helen convinced George Avakian, then head of Jazz A&R at Columbia, to see him. Avakian came to the club, heard Johnny sing and sent the now famous telegram to his record company: “Have found phenomenal 19 year old boy who could go all the way. Send blank contracts.”

Avakian left for New York after telling Johnny that he would eventually send for him. Johnny continued his studies at San Francisco State and gained additional fame as a high jumper. In early 1956, Johnny was asked to attend the trials for the 1956 Olympic teams that would travel to Melbourne, Australia that summer. At the same time, Columbia Records requested that Johnny come to New York to start arrangements for his first recording session. Clem helped his son decide that his future and best interests were with the recording company. So, Johnny gave up his chance to become a member of the USA Olympic Team. He went to New York to record his first album in March of 1956.

The first album was a collection of jazz oriented renditions of popular standards entitled: Johnny Mathis: A New Sound In Popular Song. It included jazz musicians Gil Evans, John Lewis and Teo Macero and songs like “Angel Eyes”, “Easy to Love” and “Babalu”. The album enjoyed only moderate success because jazz vocal albums were not good sellers. Nevertheless, Johnny remained in New York and landed bookings at some of the leading nightclubs such as the Village Vanguard, The Blue Angel and Basin Street East.

Soon, Columbia placed Johnny under the supervision of producer Mitch Miller. Mitch favored using Johnny’s voice to sing soft, romantic ballads. At his second recording session, in the fall of 1956, Johnny recorded two singles. These songs were to become among his most popular all-time greatest hits: “Wonderful, Wonderful” and “It’s Not For Me To Say.” Subsequently, MGM Studios signed Johnny to sing “It’s Not For Me To Say” in the film Lizzie . He played a tavern piano bar singer. In 1958, Johnny made another motion picture appearance. This time it was for 20th Century Fox in A Certain Smile. In this movie, he sang the title song playing himself in an elegant nightclub scene. Since then, Johnny’s voice has been used in countless Hollywood movies for theme songs, background music and to enhance a particular setting or segment.

“Wonderful, Wonderful” and “It’s Not For Me To Say” reached their peaks on the BILLBOARD pop chart in July of 1957. These successes were followed by the monumental single “Chances Are” which became Johnny’s first #1 hit.

In June of 1957, Johnny appeared on the Ed Sullivan Show where he was introduced to the record buying public and became a national celebrity and household name. Columbia Records continued to release albums of Johnny singing beautiful and romantic ballads, classic standards and the best songs from Broadway musicals. These albums, like the singles, became immediate successes with sales in the millions. It was not uncommon for Johnny to have as many as four albums on the BILLBOARD Top Albums chart at the same time. In late 1959, Johnny recorded another song that became synonymous with the name of Johnny Mathis, the Erroll Garner composition, “Misty”.

Johnny’s accomplishments are numerous and varied. He holds many records and has set many precedents in the music industry. In 1958, two years after being signed by Columbia Records, Johnny’s Greatest Hits was released. It began a “Greatest Hits” tradition copied by every record company since then. Johnny’s Greatest Hits went on to become one of the most popular albums of all time and spent an unprecedented 490 continuous weeks (almost ten years) on the BILLBOARD Top Albums Chart. This record has been noted in the GUINNESS BOOK OF WORLD RECORDS.

According to record historian Joel Whitburn, Johnny is one of only five recording artists to have Top 40 Hits spanning each of the four decades since 1955. Amazingly, his second #1 Hit Single, “Too Much, Too Little, Too Late” (recorded with Deniece Williams), came almost 21 years after his very first #1 Hit Single, “Chances Are”.

He has also been honored by entertainment heads of state. In June of 1972, he was awarded his own star on the famous Hollywood Walk of Fame. He has participated in the Academy Awards presentation many times to sing the song nominated in the “Best Song” category.

In 2004 he sang “Over the Rainbow” with Ray Charles on Mr. Charles’ “Genius Loves Company”. (Johnny was very honored that Mr. Charles requested the song be played at his memorial service.) Also in 2004, Johnny recorded “Isn’t It Romantic” a standards CD that was released in February 2005.

2006 marks Johnny’s 50th anniversary as a recording artist, and it’s been a busy year for him. Johnny Mathis " Gold: A 50th Anniversary Christmas Celebration was released in October and Johnny Mathis - Gold : A 50th Anniversary Celebration will be released in late November. He has recorded songs with Bette Midler, Dave Koz and Mannheim Steamroller. He’s currently working on a PBS television special to be aired in late November/early December titled “Wonderful, Wonderful”. This special will be available on DVD titled, Johnny Mathis " Gold: A 50th Anniversary Celebration. He was honored with the Society of Singers Ella award in September at a gala event in Beverly Hills. Also in September, Johnny traveled to England to perform there for the first time in ten years. Eager fans packed the three concerts with attendance of over 22,000.

In his free time, Johnny loves to golf. He plays golf almost every day when he's not traveling and has sung at many golf banquets such as the Ryder Cup. In 1985 and 1986, Johnny hosted his own golf tournament, The Johnny Mathis Seniors PGA Classic, which was held in Los Angeles. Johnny has also hosted a charity golf tournament, The Shell / Johnny Mathis Golf Classic, which was held in Belfast, Northern Ireland.

Johnny’s other favorite avocation is cooking. He is a gourmet cook who cooks for himself and often others when he's home or traveling. His mother taught him at an early age how to cook up a storm and do it well. He has enjoyed doing so all his life. Show less 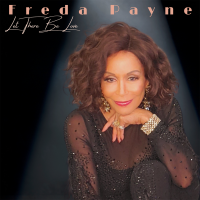 A Night To Remember

All About Jazz musician pages are maintained by musicians, publicists and trusted members like you. Interested? Tell us why you would like to improve the Johnny Mathis musician page.