Susanna Lindeborg, piano,keyboard, composer. After receiving a classical education she came during the 70th into contact with improvised jazz music, which became an important source of inspiration.

What you first think of together with Susanna Lindeborg is her virtuouso play on the piano mixed with electronic instruments, which has been known most of all through the group Mwendo Dawa, which she is the leader of together with saxophone player Ove Johansson. Mwendo Dawa has been succesfully touring in 25 countries in Europe, North and South America, China performing at festivals like Montreux, Northsea and Montreal. The last few years she has been regularly visiting USA and Canada with Mwendo Dawa. Susanna also writes a lot of the repertoire for the group.

Besides Mwendo Dawa Susanna Lindeborg toured a great deal with the female jazz group Salamanders during the beginning of the 80th. Salamander arouse a lot of attention on the European continent and in USA and Susanna came to tour a lot internationally with these two groups.

Together with Ove Johansson you could also hear her in the Elisa Fiorillo LJCD5229, was released 2001 with acoustic piano together with electronic backgrounds. Third soloCD came 2010 titled “Excursions”.

The past few years Susanna has also been touring with the trio Natural Artefacts with performances both in the world of improvisation music as well as the world of electro acoustic music. Natural Artefacts has performed in places like Paris, Primavera en la Habana, Cuba, ICMC 2002, CNMAT, Berkeley University, California, Sonic cirquit X festival i Berklee, Boston, emf New York.

Susanna Lindeborg started playing the piano at the age of 5. She started with a classical training. After moving to Gothenburg she started her education on School of Music, Gothenburg University. There she came into contact with jazz and became a member of Mwendo Dawa from the start 1974. She became also the leader for this group together with Ove Johansson.

1974 -1994 she was teaching improvisation of piano and singing at the School of Music, Gothenburg University. Started together with Ove Johansson the record label LJ Records 1989 presenting her own and other Scandinavian musicians music. Until now 59 titles.

She was a member of the board of the Swedish Jazz Academy. Has been sitting in reference groups of the Swedish National Council of Cultural Affairs and the Arts Grants Committee. Nominated for the Nordic Music Price 2011. Awarded several art grants over the years.

”It is great that she - a lone woman - can create just that supplement of sounds and harmonics which she thinks the (very beautifully recorded) good old sounds of grand piano shall be accompanied by. It is lovely to receive noble analogue nice sounds together with the machines keeping othercolourings in the background, or the opposite.” Anders Kirkegaard, JazzSpecial Danmark

”Susanna Lindeborg is a refreshingly original voice that easily holds the listener's attention for a full-length solo album: not an easy feat.” Steven Loewy, Cadence, USA

”It is great that she - a lone woman - can create just that supplement of sounds and harmonics which she thinks the (very beautifully recorded) good old sounds of grand piano shall be accompanied by. It is lovely to receive noble analogue nice sounds together with the machines keeping othercolourings in the background, or the opposite.” Anders Kirkegaard, JazzSpecial Danmark

”Susanna Lindeborg is a refreshingly original voice that easily holds the listener's attention for a full-length solo album: not an easy feat.” Steven Loewy, Cadence, USA

About Susanna Lindeborg “Excursions” LJ Records LJCD5252: ”The piano improvisation of Susanna Lindeborg on Excursions are constantly fascinating. On most tracks we can only hear the piano by Lindeborg, but now and then she improvises together with electro acoustic backgrounds. The music is suggestively varied. Susanna Lindeborg can rumble out in powerful tone cascades, but also hesitate in a devout fragility. She chops the melody in cutting staccatos, but let it also seek its form in a sparkling flow. Solo piano is a difficult task. Keith Jarret has created a measure for solo improvisation, but Susanna Lindeborg creates her own, unique expression in the moment.” Magnus Eriksson, SvD, Sweden

”You can really establish the mastership in performance on Susanna Lindeborg´s solo album as well as the duo CD together with Ove Johansson. You never find any bad taste, the use of electronics is completely intergrated in this context. The music is all the time surprising and startling.” Jean Szlamowicz, Jazz Hot, France

”The best is when Lindeborg and Johansson as LJ Duo on Thoughtful World plays together and the best from the two solo worlds melts together in an inspiring jazz ensemble. The two are really close together, where they from the wide terrain in the electronic laptops with the duo ensemble all the time leed to new paths and roundabouts. And you can find it all, as in the title piece ballad like impressionism to quiet tenderness.” Frithjof Strauß, Jazz Podium 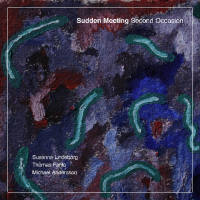 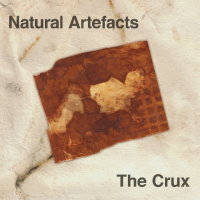 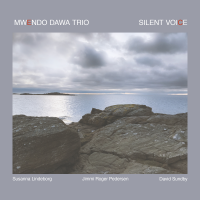 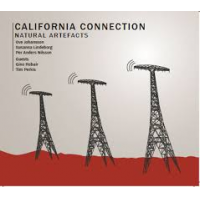 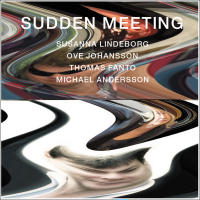 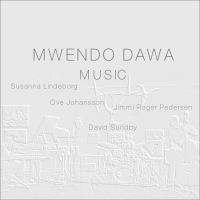 All About Jazz musician pages are maintained by musicians, publicists and trusted members like you. Interested? Tell us why you would like to improve the Susanna Lindeborg musician page.