A collaboration between Taiwanese vocalist Li Liu and Canadian guitarist Ben Holt, Song Dynasty has been serenading audiences with their unique sounds since the group’s inception in 2015.

Meeting in Denton, Texas, the duo decided to explore their musical differences and began cultivating a sound all their own.

Liu began her music career while a university student of Chinese literature in Taiwan. She quickly rose to the top of the Taipei jazz scene, winning awards and accolades, eventually becoming one of the most sought-after voices in Taiwan. Seeking new inspiration and a deeper background in jazz, Liu relocated to the United States.

A versatile guitarist based out of Dallas-Fort Worth, Holt was a regular on the jazz, country and pop scenes when he and Liu first met. Liu was intrigued by his jazz guitar sound with rough, “rocky” edges. The two began collaborating immediately.

Their early collaborations consisted of quirky original compositions with lyrics drawn from ancient Chinese poetry and jazz standards, with new lyrics in Mandarin, Haka and Taiwanese.

In 2018 their sound began to evolve as they traveled collaborated with musicians from around the world. They incubated this new sound as they toured Canada, Taiwan, and the United States, playing jazz clubs, music festivals and cultural events. The pair found they could attract both English- and Chinese-speaking audiences with this unique Chinese-influenced jazz.

The culmination of their musical and literal travels, their 2019 debut album Searching features 17 musicians from 9 countries. Gospel singers from Cross Church Denton, Texas were joined by Latin guitarist Pepe Valdez from Mexico and Noe Garcia from Peru, a drummer from Japan, a saxophonist from Taiwan, and a bassist from France. Ben’s fellow Canadian and Boombachs bassist Dave Farrell, and the cutting edge DFW jazz group Q&A can be all be heard on this unique album.

“We want to create music that blends our cultures and collaborates with other cultures,” says Li. “We want to be a musical bridge between Chinese culture and the West. We believe that combining these influences in a way that can be appreciated by any audience is important in today’s global society, whether or not they speak Chinese or have experience listening to jazz.”

Says Ben, “We want to be hard to define. We don’t want to just be jazz, pop, R&B, World music, hiphop, Chinese music. We want to be all of the above — to reflect our connected world.”

The duo plans to continue to travel the US, Canada, China, and Taiwan, — and eventually the world. “We have been so fortunate to work with such amazing people on this project,” says Holt.

“It was amazing to see what our fellow musicians brought to these recording sessions and how our music came to life,” says Liu. “We can’t wait to share it with the world.” Show less 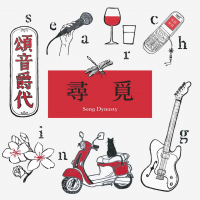 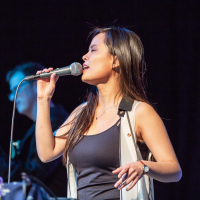 All About Jazz musician pages are maintained by musicians, publicists and trusted members like you. Interested? Tell us why you would like to improve the Song Dynasty musician page.