Sippie Wallace, "The Texas Nightingale," was one of the major blues artists of the 1920s, whose renown as a performer carried well into the 1980s. Wallace was respected as both a blues singer and songwriter. Such original songs as "Mighty Tight Woman" and "Women Be Wise," which found new audiences with younger music listeners in the 1970s, are earthy and self-assertive blues songs. She is best remembered, however, as one of the foremost interpreters of the blues. Possessing a mellow and tuneful voice, she had the qualities of shading and inflection in her singing that marked the classic blues artist.

One of Wallace's specialties was the "shout," a precursor to the modern blues, in which the singer often repeats two lines of a song, and improvises a third. Wallace, who frequently sang without a microphone, was influenced by blues great Ma Rainey, yet developed a style all her own. In her earliest work she attempted to project a vocal weightiness similar to that of Ma Rainey. Later she sang in a manner better suited to the lighter, prettier qualities of her voice. Wallace composed most of her own songs, which are notable for the shapeliness and dignity of their melodies."

Wallace learned music in her father's Baptist church in Houston, Texas, where she played the organ and sang gospel music. She was nicknamed "Sippie" because, as she states, "my teeth were so far apart and I had to sip everything." Around 1910, she moved with her family to New Orleans, where Sippie's brother George W., Jr., a professional musician and composer, lived. The Wallace’s later returned to Houston, and while she was in her late teens she began performing with traveling tent shows. Wallace learned blues and ragtime music in the shows, in addition to performing in chorus lines and acting in comedy skits. These experiences influenced her contributions as a blues artist.

In the 1920s, Wallace gained a national reputation as a recording artist, working with Okeh Records in Chicago. She recorded a number of solo albums, and also worked with other jazz greats, including Louis Armstrong and Sidney Bechet. She continued theatrical touring in the 1920s, and frequently worked with another brother, Hersal, himself a respected jazz pianist. In 1929 Wallace settled in Detroit, where she would live for the rest of her life. In the 1930s she became active again in gospel music, and played the organ and sang for the Leland Baptist Church. Wallace only occasionally recorded in the 1940s through early 1960s.

In 1966, at the urging of friend and fellow Texan Victoria Spivey, Wallace recorded a series of duets released as “Sippie Wallace and Victoria Spivey,” and performed as part of the American Folk Blues Festival during its European tour. Her strong, earthy sound, Wallace was able to sing over her backup band without the aid of a microphone, was a new sound to younger fans raised on more sophisticated jazz mixes, and together with Spivey, Wallace soon became a popular performer in the United States as well. Her European tour marked the start of Wallace's revival. During this period Wallace made several recordings. In 1966 she recorded the solo project “Sippie Wallace Sings the Blues” for the Danish Storyville label. She laid down several blues tracks with the Otis Spann Jim Kweskin Jug Band in 1967, although these sessions would not be released until the early 1990s by Drive Archive as “Mighty Tight Woman.”

Singer and guitarist Bonnie Raitt broadened interest in Wallace's music by featuring two of the blueswoman's songs on Raitt's 1971 debut album. Wallace toured and recorded with Raitt in the 1970s and 1980s, while continuing to perform on her own. With Raitt's help, Wallace signed with Atlantic and recorded “Sippie.” With backing vocals by Raitt, the album was nominated for a 1983 Grammy award for best traditional blues and earned the W.C. Handy Award for best blues album of 1983 the following year.

In 1983-84 she traveled to Germany to tour, returning to that country again in the spring of 1986. Despite her failing health, her concerts were highly acclaimed. Fortunately for her fans, many of these performances were recorded, because they would be Wallace's lasting legacy to the blues. Following a concert in Germany, in March, she suffered a severe stroke and returned home to Detroit. Wallace passed away on November 1, 1986, her 88th birthday.

Alligator reissued Sippie Wallace Sings the Blues,” as “Women be Wise,” in 1992 and the effort was very well received. In 1995 Document records released a two-volume “Complete Recorded Works,” which encompasses the years 1924 through the late 1940s.

Among the top female blues vocalists of her era, Wallace ranked with Ma Rainey, Ida Cox, Alberta Hunter, and Bessie Smith. Wallace's earthy style was uniquely her own: a combination of several elements, including southwestern rolling-bass honky-tonk and the Chicago-based "shouting moan" blues. Her vocal abilities - her strong, smooth voice and excellent articulation, the mournful slides that would become her trademark, her ability to wring a myriad of emotions from a few simple lyrical phrases, and her theatrical sense of timing - gave her music an emotional depth unique in blues performance. In addition, her strong, assertive, even bawdy manner made her music a rallying cry for female audiences, while her religious upbringing gave the good-natured Wallace the perseverance to weather life's ups and downs with grace and dignity. Throughout her long career, Wallace commanded respect, both on stage and off. 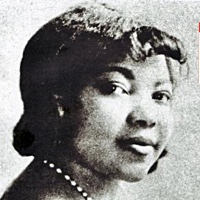 All About Jazz musician pages are maintained by musicians, publicists and trusted members like you. Interested? Tell us why you would like to improve the Sippie Wallace musician page.