Shannon Barnett established herself as an important voice in the Australian scene by performing in ensembles including Vada, The Bamboos, The Vampires, and as a guest with the Andrea Keller Quartet, on the 2004 ABC Jazz release Angels and Rascals. Barnett has also appeared with the Australian Art Orchestra, Barney McAll's Mother of Dreams and Secrets feat. Kurt Rosenwinkel, Charlie Haden and from 2009-2010, she worked as a multi-instrumentalist and composer with the contemporary circus group Circus Oz.

In 2010, Barnett released her debut album as a leader, entitled 'Country', on the Which Way Music label. After attending Dave Douglas' ‘Workshop in Jazz and Creative Music’ in Banff, Canada in 2010, Barnett was inspired to relocate to New York City, where she completed a Master of Music degree. There she performed with the likes of Darcy James Argue's Secret Society, Pedro Giraudo, Cyrille Aimée and the Jon Faddis Jazz Orchestra of New York and was a regular member of the Birdland Big Band.

In early 2014, she moved to Cologne, Germany, to take up a position with the WDR Big Band which gave her the opportunity to perform with guests including Vince Mendoza, Ron Carter, Joshua Redman, Maria Schneider and Paquito D'Rivera. She has also become very active in the local scene. Her quartet, featuring Stefan Karl Schmid, David Helm and Fabian Arends released their debut album in 2016 on Double Moon/Challenge Records, and the band was subsequently nominated as a semi-finalist in the 2017 Neuer Deutscher Jazzpreis.

In 2018 she composed and presented the cross-disciplinary work 'Dead Weight' for musicians and fitness studio. Her new project 'Wolves and Mirrors' will release their first album in early 2021.

​In April 2019 she began as Professor for Jazz Trombone at the Hochschule für Musik und Tanz in Cologne, Germany. In 2020 she received the WDR Jazzpreis for Improvisation. Show less 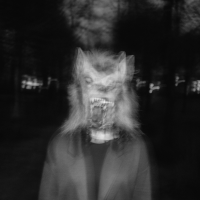 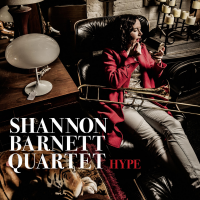 From: Wolves and Mirrors
By Shannon Barnett

All About Jazz musician pages are maintained by musicians, publicists and trusted members like you. Interested? Tell us why you would like to improve the Shannon Barnett musician page.