With nearly twenty years of experience in virtually every musical genre, Sean O'Bryan Smith has become one of the most celebrated and highly sought after bass players in the music industry. The combination of virtuoso bass technique, a high energy stage presence, and the ability to adapt to all types of music has landed Sean in an enormous variety of different musical situations. Some of the artists that have relied on Sean's groove either live or in the studio are Anna Wilson, Billy Ray Cyrus, Sara Evans, Jody McBrayer, Robin English, Rebecca St. James, Steve Virginia, Steve Azar, Cyndi Thomson, Vee, Chuck Wicks, Christina Tabuchi Stoff, Leo Stoff, Rich Eckhardt, Justin Conn, Nissi, Gypsy Carns, and the list grows more everyday. In 2007, Sean was involved as Musical Director for the Hammer and Honques house band for the FOX TV show Nashville. With this position Sean performed with Rachel Bradshaw, Jamey Johnson, Matt Jenkins, Jeff Allen, Mika Combs, Lindsey Hager, Erika Hoyt, Sarah Gunsolus in addition to RCA recording artist Chuck Wicks.

In addition to his work as a sideman, Sean has spent a number of years performing with his own jazz groups. With these bands, Sean had an opportunity to travel throughout the Southeast and also open for some of the jazz industries leading talents including the late Michael Brecker, Eddie Palmieri, Roy Haynes, Kevin Mahogany, Fattburger, Kermit Ruffins, and jazz/jam heavyweights Medeski, Martin, and Wood.

In 2006, Sean set forth on recording his first solo CD Tapestry. With the fulfillment of a number of his musical dreams, Sean now embraced the role as artist with the recording of a fresh new instrumental bass record and a return to his roots in jazz. Tapestry features a number of the musicians listed above and is a return to the early pioneering days of jazz/rock fusion with the help from co-producers Jonell Polansky and Rich Krainak. "I wanted to capture that early spirit of fusion when it was fresh and there were less boundaries." says Sean. Excitingly, everyone involved with the project felt the same and the result is a wonderful return to an era of jazz that is not always heard.

In support of "Tapestry's April 2008 release, Sean has started touring with his own band and also performing at shows with fellow jazz artists Anna Wilson, Kristen Cothron, Justin Conn, and Rich Eckhardt. The band brings their high energy, early jazz/rock performances to every show and features some of Nashville's best kept secrets in the world of progressive music. Also, there have and will continue to be guest appearances by some of Sean's best friends in the industry so be sure and check each show if you can.

In addition to his role as artist, Sean is continuing a heavy career as a session and touring bassist, clinician, producer, and freelance writer. He has been active as a guest host on Reality Radio and writes a regular column for Eden Electronics on Music Business Survival which can be viewed at www.eden-electronics.com .As an author Sean has been featured as an author in Bass Player magazine as the author of their Soapbox column. He is also a contributing writer for Premier Guitar magazine and Vintage Guitar magazine. Sean is currently booking a 2008 and 2009 clinic schedule and tour as well as producing. He is also spending a lot of his time working directly on special projects with some of the highest respected manufactures in the industry including Eden Electronics, US Masters Guitar Works, Valley Arts, Tobias, Steinberger, Line 6, Gibson, Epiphone, Dean Guitars, and George L's. Finally, look for "Tapestry" in stores and on-line and be sure and check back regularly for any updates and news on Sean O'Bryan Smith.

In addition to touring the world as a sideman, Sean is an accomplished music writer. He is a regular contributing writer for Vintage Guitar magazine, Premier Gutiar Magazine, and Christian Musician Magazine. He has been published in Bass Player Magazine both as a writer and an artist and writes a regular column on Music Business Survival for Eden Electronics.

Sean O'Bryan Smith Returns to His Roots for Third Album

The LOW Show is Coming!

"I've traveled and toured with some of music's greats, spanning all musical directions. I've always appreciated musicians who can count higher than four. Sean is one of those. So was James Jamerson. Jaco, too... The kid can play. I'm critical (Hell, I've heard them all!), but Sean clearly knows his business

"I've traveled and toured with some of music's greats, spanning all musical directions. I've always appreciated musicians who can count higher than four. Sean is one of those. So was James Jamerson. Jaco, too... The kid can play. I'm critical (Hell, I've heard them all!), but Sean clearly knows his business. He's been practicing with the lights out, huh?" —Benny Brown Radio Luxembourg; and Two time winner of Billboard's International Radio Personality of the Year 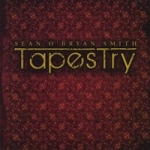 All About Jazz musician pages are maintained by musicians, publicists and trusted members like you. Interested? Tell us why you would like to improve the Pete Gitlin musician page.