With the release of This Way, Acoustic Alchemy’s first album under Higher Octave/Narada Jazz’s association with Blue Note Records, guitarists Greg Carmichael and Miles Gilderdale celebrate a remarkable two decades since 1987’s Red Dust and Spanish Lace established the British ensemble as an ever evolving, powerhouse force in contemporary jazz.

Their thousands of fans around the world may be feeling nostalgic, but the duo--while keeping their trademark acoustic guitar synergy front and center--is clearly committed to forging ahead, following the laid back pop-soul vibe of American/English (2005) with their most aggressive and swinging, hard rocking and artfully jazzy disc to date. Complementing performances by familiar Acoustic Alchemy recording and touring members Terry Disley (piano), Snake Davis (sax), Fred White (keyboards and trumpet), Julian Crampton (bass) and Greg Grainger (drums) are special guest appearances by smooth jazz stars, trumpeter Rick Braun, saxman Jeff Kashiwa (who has toured with the band and appeared on 2001’s Aart) and keyboardist Neil Cowley, a member of jazz groove band (and Narada Jazz/Blue Note labelmates) Down To The Bone.

While Carmichael and Gilderdale composed the majority of the songs and produced several tracks at Gilderdale’s home facility 9 Miles High Studio in York, England, others were produced at various studios on Carmichael’s home turf of London and at Hansa House Studios in Bonn, Germany, where many of the band’s classics were recorded, produced and mixed over the years by longtime associate Klaus Genuit. In addition to Genuit’s three tracks, This Way includes six others produced and engineered by Richard Bull, who began working with AA on 2000’s The Beautiful Game. Two tracks, the trippy and sensual “Out of Nowhere” and the snappy, neo-soul driven “Now I’m On My Way” were mixed by legendary mixer Steve Hodge (Usher, Janet Jackson, Mary J. Blige).

Carmichael explains the very loose and spirited feeling of This Way as the result of a natural chemistry he’s developed with Gilderdale over the years since Gilderdale--formerly a backing guitarist with the band--became Carmichael’s full partner after the passing of founding member Nick Webb in 1998 and the release that year of Positive Thinking.

“What I love about This Way is that it’s got so much more playing on it than we’ve done before,” he says, “a lot more soloing and a really relaxed and organic vibe. I think this is less by design and more due to the fact that Miles and I are great friends who are very comfortable and laugh a lot together. When we got together at his place, either one of us would come up with a starting idea and we’d just let it grow naturally, then refine it and change it until we had a great song,” When I think of tracks like ‘Egg,’ which has a very British, straight ahead sound, I realize that this is really the jazziest record we’ve ever made, less pop jazz and with more extended solo sections. Our fans might be surprised to hear Miles play so much electric guitar, but in essence, that’s what he is by trade and what his focus was before he joined me as a partner on The Beautiful Game. So this album is the best of everything, not just my way, not just his way, but This Way.”

As if giving the listener some cool chill time before the wild adventure ahead, This Way’s first track “Love Is All There Is” kicks the album off in a distinctively mellow and dreamy, old school soul way, but with a very edgy electric guitar/horn hook swirled by passionate backing vocals and a hypnotic synth sitar. Bringing back a taste of the reggae flavor of the AA classic “Jamaica Heartbeat” (from 1991’s Back On The Case), AA stirs up a lively and exotic Latin jazz vibe--complete with a fiery solos by Terry Disley, Jeff Kashiwa and trombonist Dennis Rollins--on “Ernie,” which is dedicated to Gilderdale’s hero, Jamaican guitar legend Ernest Ranglin. Jazzy brass accents courtesy of Fred White and trumpeter/flugelhornist Kevin Robinson (who solos) also play an integral part on the easy rolling funk of “Who Knows.” True to its title, “Slampop” is a raucous, thumping rock jam that pits Carmichael’s spirited acoustic melody over Gilderdale’s blistering electric axe.

The playful gear shifting continues with the following cuts, “Out Of Nowhere” and “This Way,” which are the only two tracks to feature only Carmichael and Gilderdale. The sparsely arranged “Out Of Nowhere” features a hypnotic, swaying acoustic melody over a gentle guitar harmony and light percussion line. The cool down continues on the slow burning, ambient title track, whose experimental synth textures take AA back to the days in the late 80s when some categorized their music as “new age.” The jazz and groove pick up from there, beginning with the hip, cool cat urban jazz explosion “Tied Up With String,” a fiercely percussive, swinging affair that launches with drummer Bert Smaak’s intense hi-hatting. “Only In My Dreams” is the perfect blend of today’s shuffling hip-hop, easy old school funk and the sitar-spiced Eastern rock that Carmichael and Gilderdale grew up with.

Acoustic Alchemy’s rich legacy is based on the extraordinary airplay, sales and critical reception given the many early Nick Webb/Greg Carmichael led recordings followed by those helmed later by Carmichael and Gilderdale. Carmichael with each successive recording is carrying on a legacy begun by Webb and a guitarist named Simon James in the early 80s; those early recordings were collected for the 1992 collection Early Alchemy.

The road to instrumental stardom began when Webb and Carmichael provided the one-off-in-flight entertainment for a Virgin Airlines England to America flight, in search of an elusive recording contract; they often liked to say they “played their way to America”. Signed to the MCA Master Series label by Tony Brown, their popularity took off in conjunction with the rise of the New Adult Contemporary radio format.

Acoustic Alchemy’s early MCA albums--starting with Red Dust and Spanish Lace and continuing with 1988’s Natural Elements and 1989’s Blue Chip--were all later re-released on GRP. One of the band’s most remarkable recordings was 1996’s live in the studio date Arcanum, which featured new arrangements of classics, a few new tracks, and full orchestration. Recorded over three days at Pinewood Film Studios in England (home to all the James Bond films), the sessions were filmed by director Aubrey Powell for a television documentary of the band, released on video as Best Kept Secret; GRP re-released this on DVD in July 2006 with extra archived live performance and documentary footage. In 2002, Acoustic Alchemy also released Sounds of St. Lucia, a CD/DVD live concert package based on a performance recorded by BET television.

“The band has been through a lot of changes over the years, but the concept of two acoustic guitars has always been the emotional centerpiece which draws people close,” says Carmichael. “I’m happy these days because I love all the musicians in the band and it’s great touring with them and playing live onstage. For me, whether we’re jamming or stopping for gas at a truck stop, it’s honestly like being on vacation, and we’re excited to have so many loyal fans who have enjoyed taking the journey with us. The positive spirit behind our music and album titles comes from the wonderful relationship we have always had with them.” Show less 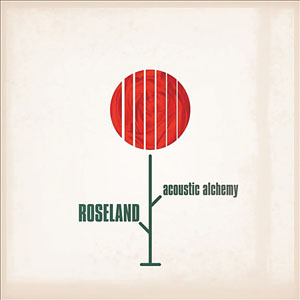 All About Jazz musician pages are maintained by musicians, publicists and trusted members like you. Interested? Tell us why you would like to improve the Acoustic Alchemy musician page.