Born into a family of ten children in Pittsburgh, Pennsylvania, Humphries began playing drums at age four, and went professional at age 14. He led an ensemble at Carnegie Hall at age 16. Early in the 1960s, he began touring with jazz musicians; one of his more prominent gigs was in a trio with Stanley Turrentine and Shirley Scott in 1962. In 1964, he worked with Horace Silver, appearing on the album Song for My Father, where he played on four tracks, including the title tune. (On the same album Roy Brooks played on two tracks from a session recorded a year earlier). Following this Humphries drummed for Ray Charles.

Humphries led his own band in the early 1970s, R.H. Factor, and led ensembles under other names into the 1990s. He has also held teaching positions at the University of Pittsburgh and the Pittsburgh High School for the Creative and Performing Arts 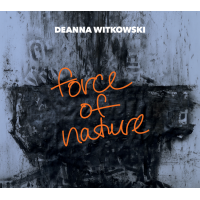 From: Force of Nature
By Roger Humphries 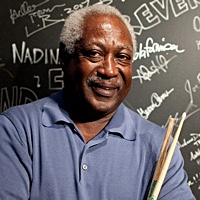 All About Jazz musician pages are maintained by musicians, publicists and trusted members like you. Interested? Tell us why you would like to improve the Roger Humphries musician page.