Cuban music is currently enjoying a thriving renaissance; musicians from all over the island are performing in the world’s most prestigious venues, and pianists are undoubtedly the stars of this varied Cuban musical offer. Theirs is a golden generation, with renowned virtuosos displaying incredible technical prowess, and who’ve captured and charmed us. However, in the last decade, until now no one has emerged that is capable of brings together virtuosity and technique, and plays a music imbued with passion; with a unique, wordless voice that evokes feelings and makes us travel through different landscapes, a constant journey entering and exiting the island, without the need for a specific destination.

Born into a musical family in Havana in 1975, Roberto Fonseca remains faithful to the wish he has had from the beginning of his career: "I want my music to reach people who don’t know me, and I dream of one day becoming a reference for my audience…”

He started studying piano at the age of 8, though his initial passion was percussion. This interest at such an early age would clearly influence on his trademark “percussive” piano-playing style. At the age of 14, he created his first compositions, drawing inspiration from the Afro-Cuban genre, “At school we used to regard American Jazz as a reference; I felt that my music would be a fusion of both genres … I liked lots of jazz musicians, such as Herbie Hancock and Keith Jarrett, but also old American Funk and Soul classics.”

At only 15, his appearance as a pianist was a revelation at Havana’s Jazz Plaza International Festival; he finished his academic training as a pianist and teacher. After this, his desire to improve and learn further led him to study the Musical Composition Degree at the Instituto Superior de Arte (ISA).

At the age of 21, guided by the need to fuse his music with other styles, he started a tour across Italy with singer Augusto Enriquez, and his path would cross, one year later, with saxophonist Javier Zalba (Irakere, Cubanismo), with whom he formed the group “Temperamento”. This was the beginning of a 9-year journey which would culminate in his latest release “Zumazu.”

In a year of intense creativity,in 1999 he recorded and produced his first album “En el Comienzo”, which won the award for best Jazz album in the Cubadisco Festival; he co-produced, arranged and played for Augusto Enriquez’s album, “Cuando Yo Sea Grande”, and recorded his first solo album “Tiene Que Ver” which he released in 1999, and received an award for the popular Cuban music category in the Trimalca competition, organised by UNESCO .

His second solo work was quick to be released, and in 2000 he presented “No Limit”, recorded and produced by Roberto for JVC. The same year, he composed the soundtrack for the film “Black,” by French director P. Maraval.

Roberto’s life changed with the start of the 21st Century, not only because he released his third album, “Elengo”, but also because his career took an unexpected turn. “I went to the EGREM studios to record Angá Diaz’s album, invited by him, and when I got there I saw many people who were legends to me …, Rubén González, Cachaito López, Guajiro Mirabal…… in two months my whole life changed.”

Shortly afterwards, he was invited to be support pianist to the great maestro Rubén González, as part of the renowned Orquesta de Ibrahim Ferrer and that same year he signed a contract as an artist with the management company Montuno “My God, sharing the stage every night with Rubén González was a real dream; I’d just stay there, staring at him play for hours.”

A dream that toured all over the world, with over 400 concerts, promoting Ibrahim Ferrer’s records next to great legends such as Cachaito López, Guajiro Mirabal and Manuel Galbán, among others. Playing at the most prestigious venues, such as “Alte Oper” (Frankfurt) “Palais des Congrès” (Paris) “Albert Hall” (London) “Beacon Theatre” (New York) “Sydney Opera House” (Australia) etc. Not a single review of Ibrahim’s concerts, from South America to Asia, would omit Fonseca’s talent and his magnetic presence on the stage.

Omara Portuondo, passionate about his style, invited him to take part in her tours, among them the Tokyo Jazz Festival in 2002, where he shared the stage with Herbie Hancock, Michael Brecker and Wayne Shorter “I couldn’t believe it, when Herbie Hancock himself called me to play with him, I did not even sleep that night!!”

That period of intense work, touring round the world, taking part in the most significant recordings of World Circuit and producing different albums, allowed Roberto to realise that his music was ready for creating his own project. He passionately composed each of the songs that form “Zamazu,” resulting from the mix of all his influences; Afro-Cuban music, Jazz, classical music and traditional Cuban music.

In mid 2004, Ibrahim Ferrer decided to carry out a project that would be the climax of his artistic career, a record and a tour of his most beloved boleros, which would confirm the singer’s love for this genre. His close relationship with Roberto and the trust he placed in his musical abilities, led to Roberto taking part in the first recordings, arranging and co-producing the work in the EGREM studios in November that same year, and producing over 10 songs in January 2005, as well as assuming the role of director of the world tour “Mi Sueño: A bolero Songbook tour 2005”. Ibrahim Ferrer used to say “This “muchacho, despite having a jazz background, gets me and respects my music, and - boy, can the kid play…!”

After two exciting tours with this project, August 2005 was a time of great pain for Roberto, with the loss of Ibrahim Ferrer. This loss became the driving force behind the desire to finish recording the album, and he does so in 6 months. He invited Alê Siqueira, one of Brazil’s major music producers, and traveled to Bahia for the pre-production stage, adding the finishing touches to all the collaborations in the album, including Brazilian percussion. At that moment, a recording date is fixed for the album—January 2006- as well as a place—La Habana.

In 2006 he produced the album of Japanese singer Asa Feeston and has collaborated as a musician in other albums, such as Timbalada’s latest. Together with Nick Gold from the World Circuit record label, he finished giving the last touches co-producing what was Ibrahim Ferrer’s last album, which he recorded before passing away, and which was released in 2007.

In the month of July 2007, during the summer festivals in Europe he shared the stage with Bebo and Chucho Valdés at Jazz in Marciac and composed the song “Latin in Marciac” which the Festival used for the closings and openings of its main concerts.

In October 2006 Roberto signed a long term contract with Enja Records (Germany). In February 2007 the album “Zamazu” was launched in Europe, with a release in May 2007 in North America, through Justin Time.

Akokan” was released in May 2009 by Enja Records and very soon we will be able to enjoy his new music on the world’s best stages. This year the sheet music of “Zamazu” will be also be published. Show less

Roberto Fonseca returns with "Yo" 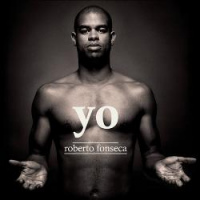 All About Jazz musician pages are maintained by musicians, publicists and trusted members like you. Interested? Tell us why you would like to improve the Roberto Fonseca musician page.