“From a country of irreverent and provocative jazzmen like Holland (homeland of fanciful “giants” as Han Bennink, Misha Mengelberg or Willem Breuker) comes the passionate talent of young guitar wizard Reinier Baas.” ¹ He has been in charge of ‘The More Socially Relevant Jazz Music Ensemble’ since 2010, with which he toured in Japan, Australia, New Zealand and Europe. His second album with the quintet earned him the prestigious Edison Award in 2013.

His latest record – ‘Reinier Baas vs. Princess Discombobulatrix‘ – is a partly improvised mostly instrumental opera, for which he teamed up with world renowned illustrator Typex and a group of 14 classical and jazz musicians. For this album, Baas was awarded a second Edison in 2017.

Reinier has been granted composition assignments by November Music Festival and the North Sea Jazz Festival in 2015. In 2017, he was the Artist In Residence of the Südtirol Jazzfestival. In 2018, the Royal Concertgebouw in Amsterdam gave him a carte blanche, which resulted in the ‘Gigantic Chamber Music Mini Festival’ – a program premiering his first String Quartet. As a soloist, he has performed with the Metropole Orchestra, New Rotterdam Jazz Orchestra, Jazz Orchestra of the Concertgebouw and Pynarello. As a sideman, he has performed with Han Bennink, Gregory Porter, Hans Teeuwen, Ben van Gelder and Benjamin Herman. Baas is on faculty at the Conservatory of Amsterdam and Siena Jazz in Italy.

“An organic sound, teeming with pleasure. [..] In the daring solo and duo pieces, Baas’ musical idiom appears to be without limits. His soulful sound on the ballads wins over hearts.” - Tim Sprangers for DE VOLKSKRANT **** (July 2011)

“An adventurous record on which Baas displays not only a surplus of technique, but also humor, guts and a flexible mind.” ��" Mischa Andriessen for DE TELEGRAAF (July 2011)

“A lot better than I was expecting from a few white dudes from Amsterdam.” ��" Random guy at REDDIT.COM (September 2011) 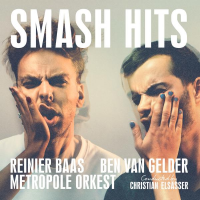 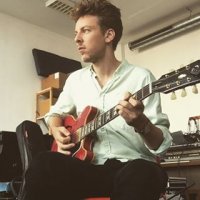 All About Jazz musician pages are maintained by musicians, publicists and trusted members like you. Interested? Tell us why you would like to improve the Reinier Baas musician page.