To many jazz fans, the name of Prince Lasha will be an unknown quantity. The reason for that is in part that he hasn’t too many records out. Taking the time since the early sixties, when he started to belong to the forefront of jazz, the number of his records as a leader has remained small and even as a sideman he had little covering. The one piece that will still be on the mind of jazz fans already around in the sixties is a composition entitled ”The Cry”. Lasha recorded it in 1962 in a quintet version also featuring Sonny Simmons for the famous West Coast company Contemporary. When the record appeared to enthusiastic reviews by ”Down Beat” magazine it blew a fresh wind into the jazz scene. And even for today’s listeners Lasha’s music remains fresh and contemporary. We are on the safe side saying that Lasha made his name on the jazz scene with the single album ”The Cry”.

Prince Lasha was born in Fort Worth, TX, on September 10, 1929. Fort Worth naturally brings to mind the name of Ornette Coleman, and indeed Lasha and Coleman knew each other even as kids and kept on meeting to play music, Lasha being just a year older than Ornette. With all the new elements it brought, Ornette’s music has kept something traditional, an earthy, almost rural blues feeling, and we can certainly say the same about Lasha.

According to A. B. Spellman’s ”Four Lives in the Bebop Business” their high school band had Prince Lasha on alto saxophone and vocals, Charles Moffett on trumpet and Ornette on tenor. The band tried to emulate the rhythm-and-blues bands that were en vogue at the time. And when they did a concert with tunes by Louis Jordan and Billy Eckstine, Lasha is said to have given a vocal performance very close to the original. Ornette went to California in 1950, while Prince Lasha remained with the band, travelling through the South, until he also went to California in 1954. Lasha be came friends with Huey ”Sonny” Simmons, who stemmed from Louisiana, and they started working together. They say that both Prince Lasha and Sonny Simmons have been strongly influenced by Ornette, but that might be because of Ornette’s growing visibility. Truth is that Lasha’s and Simmons’s playing has been influenced most by each other, and that’s why their performances on the West Coast were so far developed and became a really deep African American music.

After Ornette the band of Lasha and Simmons made great impact on the New York scene. Considering that after them there was the John Carter/Bobby Bradford combination playing in a similar style, we have to note that the activities on the West Coast in the fifties have brought astonishing developments to jazz. After Prince Lasha had recorded ”The Cry”, his first album as a leader, in Los Angeles, he went to New York, played with Coltrane and Sonny Rollins and recorded with Dolphy and Elvin Jones. After five years, where they didn’t work together, he recorded a second album with Sonny Simmons. His music, however, remained devotedly avantgarde, so Lasha’s public recognition remained small.

The Mystery of Prince... 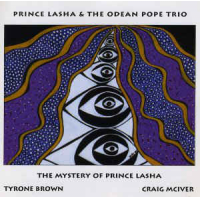 The Mystery of Prince... 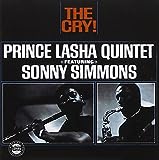 All About Jazz musician pages are maintained by musicians, publicists and trusted members like you. Interested? Tell us why you would like to improve the Prince Lasha musician page.