Norton Buffalo is regarded as one of the most versatile and talented harmonica players in the music business. Having performed and recorded across nearly every style of music, he has been widely acclaimed as the finest multigenre harmonica player of all time. His recordings, going back to his first releases on Capitol in 1977 and '78 have all been received with great reviews, are revered by his fans, and are a must in every harmonica player's collection. While his talents on the harmonica have been the most major part of his success, Norton is known as a strong and soulful vocalist (Steve Miller introduces him each night as his “Partner in Harmony”) and is as well regarded as a notable songwriter, engineer and producer.

For the last thirty four years Buffalo has been a highly celebrated member of the Steve Miller Band, has recorded and toured with some of the top names in music, worked in movies and television, and stayed very busy performing and recording with his many diverse musical ventures many of which will be noted below.

In addition to his work on recordings and on stage with Steve Miller, who spotlights Norton’s playing in his shows, Buffalo has also been highly sought after as a recording artist, having played on over 180 albums by artists as diverse as Bonnie Raitt, Kenny Loggins, The Doobie Brothers, The Marshall Tucker Band, Johnny Cash, Kate Wolf, Commander Cody And His Lost Planet Airmen, David Grisman, Juice Newton, Laurie Lewis, Elvin Bishop and George Kahumoku Jr.. To date, Buffalo has been nominated for two Grammys and was part of the Doobie Brothers Grammy award winning LP “Minute By Minute”. Norton is featured on Kenny Loggins new children's CD that will be released in the Spring of 2009.

Besides performing live with his own groups and before the millions of Steve Miller fans he has played for in more than three decades of touring, Norton has also been recruited by notable musicians such as Kenny Loggins, The Doobie Brothers and Olivia Newton-John and others, for concerts and touring. 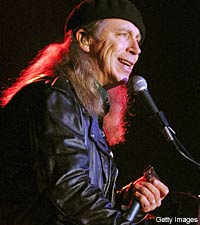 This man was blessed with a musical gene pool. Born in Oakland, California into a musical family - his father, a harmonica player, and his mother a vocalist in nightclubs in San Francisco in the early 1940's. Buffalo’s great-uncle, Herbert Stothart, won an Academy Award for his contribution to the music of “The Wizard of Oz”, and was one the main composers during MGM's golden years of musicals from the 1930s through late 1940s, nominated for 12 Academy Awards, co-authoring many well-known, hits and scoring many of their classic films of that wonderful cinematic era. Buffalo has done his best to try to fill those big family shoes with his singing, harmonica, songwriting, scoring music for both film and TV, producing, engineering and acting. Through it all Norton has carved a long and wonderful career.

In June 1977, Norton released the first of two superb solo albums for Capitol Records. Lovin’ in the Valley of the Moon This debut LP is still adored by his fans and received great acclaim and has includes many cuts that have been a staple in “non-commercial” radio ever since. In early 1978 Norton was invited to Hollywood, playing music and acting in Bette Midler's fabulous screen debut “The Rose”. Just as he finished working on that film, in August 1978 Capitol releases Buffalo's second outstanding Capitol LP, Desert Horizon, which featured some wild experimental electric harmonica, the celebrated Tower of Power horns and a brilliant collection of tunes.

In the early 80's Norton hooked up again with his friend, Grateful Dead drummer, Mickey Hart and along with Merl Saunders, Bobby Vega, Vicki Randle, and several other Bay Area musical luminaries, they started a band called High Noon This was an experimental and extremely diverse group that did performances throughout California for about a year and a half, including several performances with The Jerry Garcia band and often featuring the stellar vocals of Joan Baez as a guest performer. High Noon was a incredible group of great musical friends that created some fine music together.

In 1987 Norton teamed up with legendary Bay Area slide guitar player Roy Rogers to form the powerful performing duet, Norton Buffalo & Roy Rogers. The magic between these two was instantaneous! They quickly built up a following, and since then the special musical connection between these two virtuosos has been captured on three albums to date, all on Blind Pig Records. In 1991 they released the all-acoustic R&B. One of the tracks from that CD, “Song for Jessica”, was honored with a Grammy Nomination as Best Country Instrumental Performance, and the video of another track, “Ain’t No Bread In the Breadbox”, got airplay on TNN, VH1 and CMT.

In 1991 the pair released Travellin’ Tracks, which included some live tracks as well as some studio tracks on which they were joined by a rhythm section. In 2003, Norton & Roy Released Roots Of Our Nature, again on Blind Pig Records. This CD expanded even more, the boundries of this duet. Crossing more into Americana styles, yet still rooted in the blues this CD exhibits some phenomenal performances by both Norton & Roy. Roots of our Nature, stands out as a different path for this duet, yet still holds solid ground with their Blues loving fans.

In 2000, Norton with some solid help from his long time band, The Knockouts, released the blues based CD King Of The Highway, on Blind Pig Records. Recorded in his own studio in The Valley of The Moon, King Of The Highway features Norton along with his dynamic and diverse band of R&B-blues-rock veterans. The Knockouts did a stellar job framing the incredible depths and dynamics of Buffalo’s harmonica, vocal, keyboard, songwriting, and performance talents. This release also features a couple solos by such stellar musical cohorts as Steve Miller, Elvin Bishop, and some great B-3 work throughout the CD by Norton's great friend Merl Saunders. These cats all do some smoking performances, yet the fine foundation that The Knockouts laid down, is the “roux” that helps to make this musical stew so delicious. This CD is a great example of Norton's fine chops as Engineer and Producer. There are many who say that Buffalo is indeed one of the greatest harmonica players in the history of the instrument. This CD gives us an intense classroom demonstration of so many blues harmonica stylings, that harpsters around the world will indeed be using this CD to up their chops for years to come. On this recording, Norton Buffalo becomes the king of the blues highway, and his many fans will be thrilled to be along for the ride.

After several years of experimenting with different acoustic lineups, Buffalo put together a trio with his wife Lisa Flores and good friend David Aguilar, calling this aggregation Norton & Friends.It didn't take long for the chemistry to all come together and for Norton's fans including many from his long ago “Stampede” days to begin finding their way to hear this new acoustic Buffalo. Rooted in Folk and Americana, Norton & Friends music has pretty broad musical boundries.

Their songs feature wonderful melodies and sweet vocal harmonies, some of the deepest lyrical and melodic ballads that Norton has ever written, instrumentals from Samba to Bluegrass to Classical, musical styles that include Rockabilly, Gospel, Rock, Island Rhythms, Folk, Country, Reggae, and more. Over all, the music and the energy and lyrical flowing from this group is uplifting and joyous. The trio has since added Percussionist Owen Davis and bassist David Brown to their group. Owen has added a wonderful dimension to their music with his happy hands driving their rhythm on his congas. David, having with Buffalo for over 24 years now, knows the music well and brings his southern groove and soul on the acoustic bass to give a rich addition to their sound.

In 2007 Norton teamed up with his longtime friend, George Kahumoku Jr. to record a tall pile of Hawaiian and original material. Together as a duet these two friends have performed a handful of concerts and have created a special new kind of magic both onstage and in the studio. In the summer of 2008 Norton Joined George at his Slack Key Guitar and Ukelele workshop in Maui and taught Hawaiian style harmonica along with songwriting and improvisation. During that workshop they held a concert from which a recording of them performing Hawaiian War Chant has now become the lead off song in the newly released “The Spirit Of Hawaiian Slack Key Guitar” CD. Look for this an other releases to come out soon with this unique and soulful duet.

Benefit Concert for Norton Buffalo Planned for November 22 and...

King Of The Highway

All About Jazz musician pages are maintained by musicians, publicists and trusted members like you. Interested? Tell us why you would like to improve the Norton Buffalo musician page.