Born in Brooklyn 52 years ago, MITCHEL FORMAN began studying classical piano at age 7. At 17 he entered the Manhattan School of Music for three years of study and began working with bands in New York.

Shortly after graduating from MSM Mitchel began touring and recording with Gerry Mulligan, playing in both his big band and quartet. Work with Stan Getz followed. In 1980 his solo career began with a piano performance at the Newport Jazz Festival. This recording became Mitchel's first album, “Live at Newport”.

The next few years brought new challenges to MITCHEL FORMAN with work on the road with Phil Woods, Carla Bley, Mel Torme, and Astrud Gilberto. He also recorded two solo piano albums for Soul Note and toured in Europe regularly.

FORMAN spent the early 80's as one of the most sought after studio musicians in New York, working with a multitude of gifted artists (see discography) not the least of whom was guitarist John McLaughlin.

MITCHEL joined MacLaughlin's Mahavishnu and spent a year and a half on the road with McLaughlin, recording and contributing to two of the band's benchmark recordings - the seminal “Mahavishnu” and “Adventures in Radioland”.

MITCHEL FORMAN continues to record and play under his own name and has recently started his own record label, “Marsis Jazz”. His most recent releases have been “Perspectives” “Mr. Clean” and “Patience”, both on his own label. He also co-leads the band Metro with guitarist ,Chuck Loeb. Metro's six albums, the debut “Metro” the follow-up “Tree People” (Lipstick), “Metrocafe”, “Metrolive”, “Express”and “Grapevine” have all met with critical acclaim. The quartet with Wolgang Haffner on drums and Mel Brown on bass tours annually in Europe.

”A pianist and composer of formidable technical facilities . . . able to integrate poignantly introspective, impressionistic feelings into sophisticated structures that cohere so naturally it's easy to overlook their inherent complexity and formal logic.” —Cliff Tinder - Musician Magazine 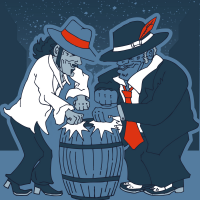 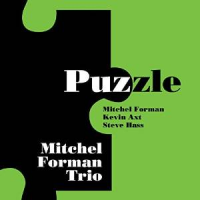 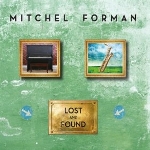 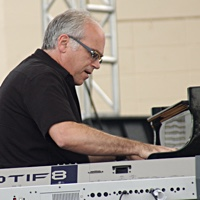 All About Jazz musician pages are maintained by musicians, publicists and trusted members like you. Interested? Tell us why you would like to improve the Mitchel Forman musician page.