From 1971 to 1974, he was a trumpeter in the U.S. Army Field Band in Washington D.C., and in 1976 he became a faculty member at Boston's Berklee College of Music, a position he held for six years. At Berklee, Mike taught private trumpet, music theory and jazz improvisation and, while in Boston from 1976 to 1989, led his own Boston- based jazz quartet, appearing in numerous club, concert and festival settings across New England and the U.S.

Mike is a recipient of the “Outstanding Brass Player” award at the annual Boston Music Awards. He has also appeared on numerous jazz recordings as a sideman and has released twelve albums as a leader/producer.

Today, Mike is a freelance performer, educator and music journalist in the Kansas City area and has written liner notes for such notables as jazz vocalist Marilyn Maye (Supersinger: A Tribute to Johnny Carson). He has also contributed to KC Magazine, Jazziz, and The DaCapo Jazz & Blues Lover's Guide to the U.S. and is the former editor of Kansas City's Jazz Ambassador Magazine (JAM), a position he held from 1994 to 2003. 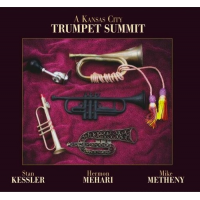 Day In - Night Out 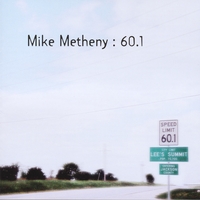 All About Jazz musician pages are maintained by musicians, publicists and trusted members like you. Interested? Tell us why you would like to improve the Mike Metheny musician page.