Maria Pia De Vito is a standout in the contemporary European jazz scene. She began her on-stage activity in 1976 as a singer and player (plectra, percussions, piano) in research groups committed to ethnic music as well as ethnic and non-ethnic polyphony, mostly related to the Mediterranean, Balkan and South-American areas.

After 15 years of jazz practice, a long work on the great American songbook, on scat and be-bop, the first trespassing into free form and the meetings with European jazz, since ‘94 she begins a new phase of her work with the project Nauplia, conceived and directed together with Rita Marcotulli. The recovery of vocal textures from the deep matrixes of the sound, which will see the encounter between the hybrid of jazz and the multi-shaped peculiarities of Neapolitan singing ("Nauplia", "Fore Paese", "Triboh")The work about improvisational possibilities of the voice in contact with several cultural contexts becomes the matrix of her "new course", whose first step is "Phonè", a work about the voice preceding the language, about the rhythm and the dance in their different cultural inflexion; it's a project which marks the beginning of the collaboration with John Taylor.

Since 1996 she has collaborated with the British composer Colin Towns; with his Big Band, the "Mask Orchestra." She played live at the major festivals in England and Germany including the remarkable exhibition at the Queen Elizabeth Hall of London with the "Mask Symphonic" (70 musicians) and the participation of Norma Winstone.

In 1997 there's the birth of the trio with John Taylor and Ralph Towner, with which she recorded the CD "Verso", did several tours in Italy and a long European tour during 2001. In that year the name of Maria Pia has been lauded, by the most celebrated signatures of American jazz press, in the category "BEYOND ARTIST" of the 49th DOWN BEAT CRITICS POLL; in this list, her name appears near the ones of outstanding artists such as Caetano Veloso, Joni Mitchell, Cesaria Evora, Olu Dara, Carlos Santana, Uri Caine and Marisa Monte. This very important acknowledgement has definitively catapulted her to an international level.

By 2002 she had released the CD "Nel Respiro," once again together with John Taylor and Ralph Towner, with the participation of Steve Swallow and Patrice Heral, with whom she begins a profitable artistic collaboration._

2003 is the year for the project and the CD "Tumulti," which represents her most experimental work, oriented to interaction between voice, improvisation and electronics, by the side of Patrice Heral, co-leader of the project, and with the collaboration of the brilliant cello player Ernst Reijseger and the Austrian pianist Paul Urbanek, multi-awarded in his country for his "reverse composing" works. "Tumulti" is received with enormous approval by the critics, and is done live at jazz festivals in Italy and abroad.

In her latest work, "So Right" (2005) together with the co-leaders Danilo Rea and Enzo Pietropaoli and the contribution of drummer Aldo Romano, she reflects about the song form, through the composition of originals and the reinterpretation of songs by Joni Mitchell.

Famous jazz writers, like Ralph Towner, John Taylor, Bruno Tommaso, Giorgio Gaslini, wrote and composed for her. The latest big name in this list is the one of the maestro Roberto de Simone, who composed for her a rewriting of the "Fantasia Cromatica" by J.S.Bach, recorded on the CD "Specula e gemini", which also includes a rewriting of Monteverdi signed by Bruno Tommaso. Show less 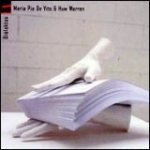 All About Jazz musician pages are maintained by musicians, publicists and trusted members like you. Interested? Tell us why you would like to improve the Marcin Masecki musician page.